Samanthia Shilo says her time in the Army Reserves taught her to stay calm under pressure, manage her time effectively, exercise self-discipline, and relate to people from different cultural backgrounds, skills she now uses daily 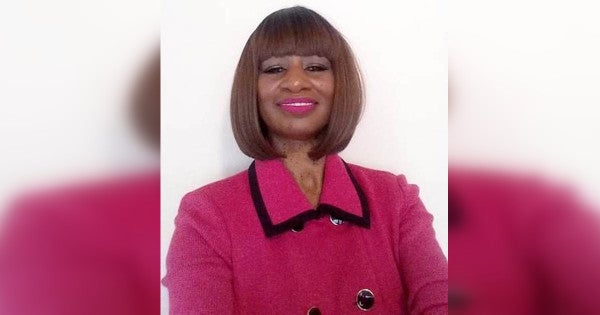 Editor's Note: The following story highlights a veteran at Hyatt committed to including talented members of the military community in its workplace, Hyatt is a client of Hirepurpose, a Task & Purpose sister company. Learn More.

In 1986, a young Samanthia Shilo — 90 pounds and “very girly” by her own description — was struggling up “Mount Mother” with a 25-pound pack on her back. She had enlisted with the Army Reserves to take the financial pressure off her family as she pursued her college degree, but now, in Army basic training, her motivation was the pressure she had placed on herself.

“It took me two weeks to climb that hill,” Shilo recalls. “But it was more of a mental challenge than anything else. And after you go through that, and rolling over in the mud, and tear gas chambers, there's nothing that you feel like you cannot achieve — absolutely nothing.”

The determination and personal discipline Shilo forged to get herself through her Army training are still with her as the director of sales and marketing at Hyatt House Houston/Galleria, an extended stay hotel in a highly competitive hotel market. Shilo says her time in the Army Reserves taught her to stay calm under pressure, manage her time effectively, exercise self-discipline, and relate to people from different cultural backgrounds, skills she now uses daily.

A passion for people

She simultaneously developed relationship-building skills and a strong sense of empathy. While working for the Boy Scouts, she founded chapters in underserved neighborhoods and convinced companies to sponsor children who could not pay membership dues. In her free time, she became a Scout chaplain, an associate minister for the African Methodist Episcopal Church, and a lay chaplain with the University of Texas Medical Branch, visiting hospital cancer wards to care and pray for patients. She also spent two years in the Coast Guard Auxiliary, volunteering her time as a public affairs officer to educate minority youth other community members about boating safety and the Coast Guard. When Hurricane Harvey hit Houston in 2017, Shilo's Coast Guard Auxiliary unit distributed water and clothing, cleaned up beaches, and helped those affected find shelters.

To some, it might seem like full-time sales work and compassionate volunteer work could not be more different. But Shilo finds that they go hand in hand.

“I really like the people aspect of sales. I really love making that emotional connection,” she says. “I really love creating that atmosphere that creates repeat business.”

Even though her job title is director, Shilo spends three hours each morning talking with hotel guests at breakfast. As an extended stay hotel, Hyatt House Houston/Galleria becomes a months-long “home away from home” for many international business travelers, as well as those receiving treatment at the nearby M.D. Anderson Cancer Center and Shriners Hospital for Children. Shilo puts her empathy to work to make the hotel a comforting and comfortable long-term home for her guests.

“The small things that we do can really make a big difference in people's lives, because you never know the day that they just had, the call that they just took, or the report that the doctor just gave them,” she says. “I have a lot of extended stay guests that find themselves with me during the holidays, or during birthdays, when they would typically be at home around their families.”

“You do whatever it takes to make sure that they do not feel alone, that they are part of the Hyatt House family,” she says. “It's a lot on paper, but if you love people, it comes easy.”

Her cultivation of a caring environment has also led to a successful series of partnerships with local funeral homes. The hotel offers a discounted rate to the bereaved, and leaves a white rose and a condolence card on their pillows.

“My total journey has really been about empathy, and I think it started in basic training, when I felt so alone,” Shilo says. “I never want for anybody to feel that they're alone when they're in my space.”

A culture that values veterans

Hyatt has made a commitment to hiring more veterans like Shilo. Hyatt contributes to hospitality scholarships that help minority students, including veterans, prepare for a career in the hotel industry, and has established the employee group Veterans@Hyatt, Hyatt's Business Resource Group (BRG) that offers veteran colleagues a place to support one another and volunteer with local veterans service organizations.

“They're able to connect with other veterans and know that 'Hey, I'm not alone. There is a resource group for me,'” says Shilo, who is the chairwoman of the newly founded Houston chapter of Veterans@Hyatt. “I'm very proud to work within a company that values its veterans to the point where they will establish these various programs.”

Shilo says the overall Hyatt culture is supportive and proud of its veteran employees. She notes that Hyatt's chief commercial officer, Mark Vondrasek, and senior vice president of operations and human resources for the Americas, Mark Pardue, are the executive sponsor and cosponsor of Veterans@Hyatt respectively, and recalls times when her supervisor has proudly introduced her as a veteran.

“The Hyatt culture is true; it's not just in print,” Shilo says. “They don't put you in a cookie-cutter mold where they're trying to compare you to another person. You can bring your very best self to work with Hyatt.”

This culture of respecting employees' diversity and individuality has earned Hyatt multiple industry accolades, including a place among Fortune's “100 Best Companies to Work For” and “100 Best Workplaces for Millennials,” and Forbes' list of “America's Best Employers for Diversity.”

Shilo also notes that Hyatt offers many remote jobs that could be an excellent fit for military spouses, whose careers are often interrupted by frequent moves. She always looks forward to hiring more veteran employees, who bring loyalty, hard work, perseverance, and maturity to the workplace.

“As you're transitioning, stay true to yourself, and just know that you have everything it takes to go in any direction that you choose,” Shilo says. She hopes newly separated veterans will find a workplace like Hyatt, where their value as individuals and as veterans will be recognized.