JOB ENVY: Jake Wood, CEO Of Team Rubicon, On Becoming One Of The Good Guys 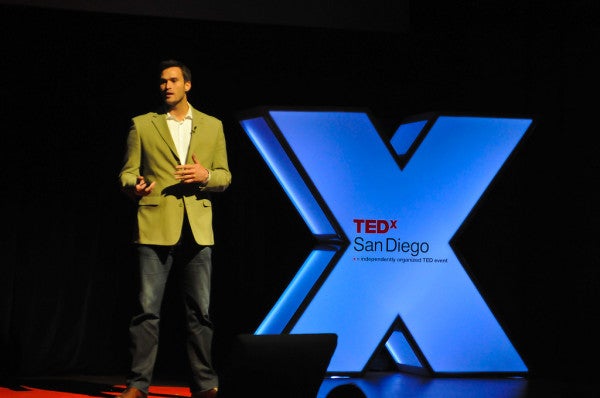 A native of Bettendorf, Iowa, Jake Wood deployed to Iraq in 2007 and Afghanistan in 2008. He graduated from scout sniper school at the top of his class and in 2007 was awarded the Navy and Marine Corps Commendation Medal with Valor for actions in Iraq. He is now the CEO of Team Rubicon, an NGO committed to uniting the skills and experiences of military veterans with first responders to rapidly deploy emergency response teams across the globe in response to natural disasters.

As CEO of Team Rubicon, Wood is primarily focused on three things: cultivating the unique cultural elements that make Team Rubicon special, developing strategies to drive scale and sustainability as Team Rubicon moves from a start-up to a nationwide enterprise, and traveling to promote awareness and fundraising of Team Rubicon’s mission.

Jake Wood knew when he enlisted in the Marine Corps in 2005, right after the Battle of Fallujah, he would be signing up for a fight. “The Marines challenged me in ways I didn’t think I could be challenged and put me in situations I never imagined. Ultimately, my service changed me,” said Wood. Prior to joining the military in 2005, Jake attended the University of Wisconsin where he was a double major in business and political science. At Wisconsin, he received a full athletic scholarship to play football for the Badgers. He had dreams of one day being able to play professional football in the NFL. Wood had always wanted to join the military, however, the chance to go to school and play collegiate football was an opportunity he couldn’t pass up at the time.

His wish to the Marine Corps began when he was seven and visited a concentration camp in Germany where his family had lived in Europe. “I remember realizing for the first time that there was real evil and real good in the world,” Wood said. On September 11, 2001, he was reminded of that same notion while watching the attacks on the World Trade Center and the subsequent heroism of the police and firefighters responding selflessly to the towers. Wood said that the bravery he witnessed made him want to be one of the good guys.

He didn’t immediately rush to be one of those good guys right following 9/11. It was April 22, 2004, the day former NFL football player and Army Ranger Pat Tillman was killed in action in Afghanistan. “That made me think about what I valued and what I stood for, and ultimately led me to a Marine recruiter’s office,” Wood commented.

On his most pivotal experiences in life

“Make things simple.” This is the message Jake learned to live by during his time in the military and his transition to civilian life. Most veterans understand that generals and colonels want to make the battlefield complex, but Wood learned to make things simple as a sergeant. “Build teams that get shit done. Empower your leaders. Ignore peripheral problems and focus on what really matters. Develop and execute off an 80% solution,” said Wood.

This personal advice became a reality during one of the worst natural disasters in history. On January 12, 2010, a 7.0 magnitude earthquake shook Port-au-Prince, Haiti. Hundreds of thousands of people were killed and nearly one million Haitians became homeless in only a matter of moments. All essential services, medical care, government agencies, and clean water were disrupted in the aftermath of the quake. Wood, his fellow Marine William McNulty, and six other veterans and first responders gathered funds and medical supplies from friends and family and boarded a flight to the Dominican Republic. From there, they rented a truck with all of their gear and headed west to the devastation in Haiti. On January 17, 2010, even though the government and large aid organizations advised them not to proceed, the team crossed the Artibonite River, which separates the Dominican Republic and Haiti, bringing vital gear and medical supplies to the suffering people of Port-au-Prince. Once across their “Rubicon,” the team traveled to camps deemed too dangerous for other aid organizations and treated thousands of people. The team developed and executed off that 80% solution focusing on what really mattered, which was getting to the Haitian people in the wake of devastation and providing care and support. Born this day was Team Rubicon.

One of those original Team Rubicon team members was Wood’s best friend, Clay Hunt. Hunt served alongside Jake as a scout sniper in the Marine Corps and was a strong advocate for veterans’ mental health issues. Tragically, Hunt took his own life on March 31, 2011, at his apartment in Sugar Land, Texas. The death of Hunt changed Wood’s life and forced him to reassess the passion that drove Team Rubicon. “We emerged realizing that disasters are our business, but veterans are our passion,” said Wood. Hunt became the inspiration behind not only the new passion of Team Rubicon, but in the creation of POS REP, a proximity-based social network made expressly for the military veteran community. Short for position report, POS REP connects veterans who served together, but more importantly, allows veterans to discover local peers and resources.

“Success is the result of one’s ability to improvise, adapt, and overcome. It is derived from attitude and a will to succeed,” Wood offered as advice to transition veterans. It is true that the transition from the military to the civilian world can be very challenging and filled with many obstacles, but Wood’s story is one of inspiration and encouragement for all of our nation’s veterans.

Additionally, he added, “Don’t lose the confidence that you had in your abilities when you were in uniform just because you took it off.”

Finally, Wood advised not to be ashamed to leverage your military network to get job interviews. Our “military mafia,” as he calls it, is strong in many industries across the country and can help veterans open the door to new careers. While they won’t just give you a job, they’ll get you an interview. At that point it’ll be up to you to earn it on merit – and that’s something you can be proud of.”