A lot of us slow down after the military. We served the country and are ready to enjoy some of... 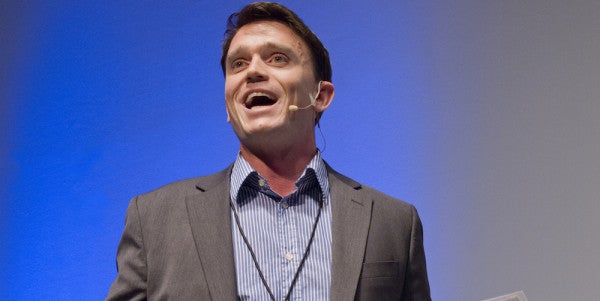 A lot of us slow down after the military. We served the country and are ready to enjoy some of the fruits of that service. Cold beer on a warm night; that kind of stuff.

And then there’s Gunnar Counselman. The 38 year-old Marine veteran’s attitude is the exact opposite, in part because his combat experience wasn’t ever what he’d hoped for. Counselman is a third-generation Marine; his grandfather was a Navy Cross winner and first commanding officer of Marine Corps Force Reconnaissance, while his father was a Recon Marine and part of several elite direct-action special operations units in the early 1980s.

Despite deploying to war zones in Bosnia, Iraq, and the Horn of Africa, Counselman never felt like he’d prove himself. He would push himself even harder after the military, passing through the halls of Harvard Business School and on to the boardroom of Silicon Valley.

A serious mistake during training in 1999 helped prepare him for serving in these wars as a human source intelligence officer.

“I opened fire (thankfully with blanks) on one of my teammates during a field exercise in The Basic School,” Gunnar said in an email exchange with Task & Purpose. “That f$%* up made an indelible impression on me. Afterward, I was humbler, less brash, more thoughtful. It also showed me the value of realistic training which is part of why I’ve gone into education and training technology.”

It was a lesson that he would apply time after time in difficult situations, in and out of uniform.

After returning home and leaving the Corps, Counselman traveled to Harvard to earn his MBA. He considers himself lucky to have been admitted and ranks this opportunity as the most important when it comes to his successful transition out of the Marines.

Watch Gunnar Counselman’s TEDx talk on the needs of service members transitioning from military to civilian careers. Story continues below.

Counselman’s perspective on education applies to both officers and enlisted. “You have to go to the best school you can for your goals; not just according the U.S. New and World ranking. College is a signal, first and foremost.” Counselman said. “Whether that’s for undergrad or a graduate degree, it’s critical that you shoot for a place that sends the right kind of signal to other people.”

Finding a community outside the military is also very important. “I didn’t want to just stick around other vets,” Counselman recalled. “There are great people doing interesting things all over the place, not just from the service.”

He found one such person when he got to school: Harvard professor Clay Christensen. Counselman quickly convinced Christensen to mentor him, a relationship that lasts until this day. “He taught me how to think about the future in all kinds of useful ways,” Counselman said.

These lessons are being put to good use. Counselman is the cofounder and CEO of Fidelis Education, a fast-growing technology company based in Silicon Valley, where he also lives. Fidelis Education provides learning relationship management software that helps schools, companies, and students develop and maintain the kinds of relationships that people need to be successful.

Counselman has relied extensively on his military background since starting his own company. He credits the Marines for a lot of his success as an entrepreneur: “The Corps taught me hard work, and built the stamina I would need.”

Leadership is another area where the military prepared him. “In 2012, I had to go back to my investors and explain that we needed to change direction pretty drastically if we wanted a fighting shot at success,” he said. “The Marine Corps never tolerated spin, and that direct, no-BS communication style went a long way toward convincing them to stick with me.”

With Counselman at the helm, Fidelis Education is leading the education technology revolution. He has built an impressive career after the military, consistently pushing himself to new heights.

With over 10 years of hindsight since leaving the Marine Corps, Counselman has a few simple pieces of advice for transitioning veterans. “Create a vision for your life post-military. It’s okay to change that vision, it’s not okay to meander without one. Once you’ve got the big idea, go after it with intensity. Don’t half step. And most importantly, build relationships. Don’t think of it as networking, think of it as making friends instead.”

“Be interested in other people, and always try to help people achieve their goals.”