When I returned home from Afghanistan this summer, I called my former platoon sergeant to catch up and hear the... 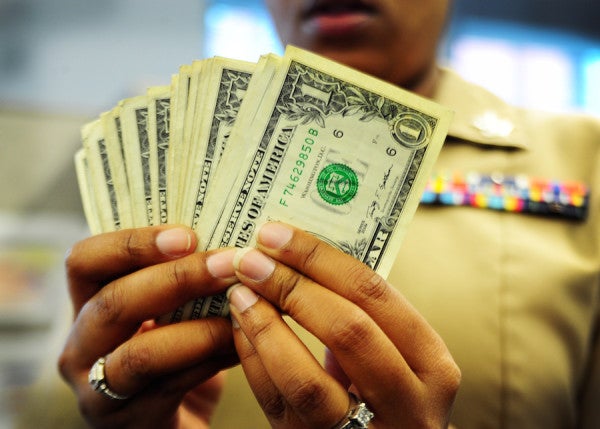 When I returned home from Afghanistan this summer, I called my former platoon sergeant to catch up and hear the latest rumors about how our old platoon and company members are doing. Some of the junior enlisted soldiers who worked with us are non-commissioned officers now, but many more have since left the military altogether. I learned that a significant number of those who opted out have struggled to find quality work during their transition. I began thinking about this problem more carefully over the past few weeks, wondering why it was that so many of the junior enlisted soldiers from our unit had such a difficult time starting a decent civilian career. After informal interviews with a few trustworthy NCOs, I’ve noticed a pattern that links the many cases of soldiers who left our company and were unable to quickly find good employment: The majority of them did little planning to prepare for their transition to the civilian world.

Given the slow pace of the economy in most of the country, the difference between planning ahead and waiting until your estimated date of separation to search for work could be three or more months of unemployment. Assuming that you are looking to work at a reasonable wage of $3,000 per month, a lack of planning could mean at least $9,000 in lost wages. Even worse, during those months of unemployment, the cost of rent, food and incidental expenses have to come out of your savings, a credit card, or a loan. Depending on where you live, that increases the cost of three months of unemployment to more than $12,000 in lost wages and cash out-of-pocket. In short, not planning for your re-entry into the civilian economy could literally be the most expensive mistake you have ever made.

Fortunately, with enough advance notice you can improve the chances that you will exit the military gracefully into a good job or school. If you are even just considering getting out of the military in the next year, you should still begin preparing an exit strategy immediately. That may seem like too much time to allow for a hypothetical transition. However, if you consider how many different things you need to allow time for, six-to-twelve months is barely enough. For example, if you want to go directly into a college or technical training program, then you need to prepare for and take the admissions exams, compile an application, write admissions essays, obtain letters of recommendation, and wait the weeks or months required to receive an admissions decision. And remember, you’ll be doing that while still working full time at your duty station. You’re better off putting in the preparatory work and then deciding to extend your contract in the military than you are being ambushed at the last minute. This is why it is such a bad idea to leave the military because of anger or frustration in the workplace; even if you hate what you are doing, try to give yourself enough time to prepare for the next step.

Once you have a timeline that fits your needs for work or school, the next most important thing you can do is think carefully about how your skills and experiences can be translated to make sense in a civilian context. This is a struggle for transitioning soldiers of all ranks and occupational specialties, but it’s often especially difficult for people who worked in a combat arms position to embrace this change. Unless you are looking for one of the very few law enforcement or other government positions that require combat leadership or special operations experience, then your future employers and classmates will not understand the distinction between infantrymen and POGs, nor are they likely to care. The fact is that military musicians, mechanics, scout snipers and Rangers check the same “yes” to indicate their veteran status on employment applications. Some may find this frustrating, but trust me when I say that the best way to deal with this is to think about how to explain your work and skills in new ways.

This is why it is so critical that junior enlisted soldiers take advantage of all of the available help to prepare their resume and expand their professional network before they leave the military. I left the infantry as a captain, and in spite of my previous experience with resume writing, it took months of hard work to finally translate my combat leadership experiences into terms that would make sense to hiring managers or admissions officers. When I was out-processing, the norm for most soldiers was to copy and paste the bullets from board evaluations, non-commissioned officer evaluation reports and officer evaluation reports into resume templates. The problem with this is that those bullets were written by and for soldiers. A civilian audience will not be able to read them and appreciate the breadth of a veteran’s work or how that individual might be able to translate their skills into a new context.

Most employers will be impressed by your experience, but it’s up to you to put it in the right language for your new industry. Hiring managers are unlikely to ask how well you react under enemy fire, but they frequently want to know about your technical and communications skills and how you respond to adversity in a team environment. In many ways, junior enlisted soldiers who are transitioning into the civilian world have enormous advantages. Your youth, energy, and sense of adventure are inspiring. With a little foresight and some coaching on how to build a resume, there is almost no door that you can’t open. But if it is humanly possible, you want to avoid getting out of the service without already having an acceptance letter and financial aid to a school or multiple interviews scheduled with good employers. A few hours of extra work every week now can save you tens of thousands of dollars and needless heartache down the road.