How One Air Force Veteran Found Shared Values At BP 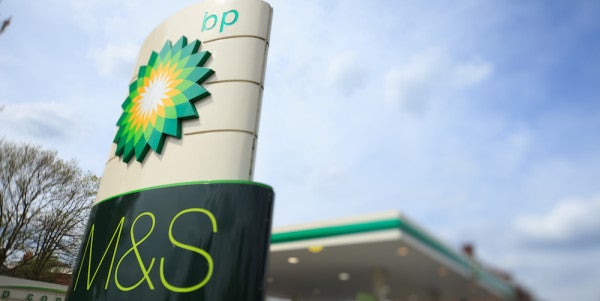 Editor’s Note: The following story by Career Coach Will Leineweber highlights job opportunities at BP. Committed to filling its ranks with talented members of the military community, BP is a client of Hirepurpose, a Task & Purpose sister company. Learn more here.

Roughly 230,000 service members transition into the civilian sector each year, according to the Department of Defense. For many, the structured environment of the military is the only job they have had since high school. That factor makes companies with similar cultures a highly-attractive post-military career option. Former airman Matt Copps found that culture in BP — a leading international energy company employing about 74,000 individuals across 72 countries.

Copps was 19 years old when he started working as a ground radio communications craftsman in the U.S. Air Force. His eight years as an airman took him across seven duty stations until he made the decision to leave in 2008. He was already working on his resume when a friend first introduced him to the idea of working for BP. Copps said at the time, the civilian hiring process was completely foreign to him and transition assistance programs were not what they are today, he says.

“I used the bullet points from the (Air Force) performance report to build a resume,” Copps explained.

Copps recommends that service members use these documents — which each service branch has a version of — because they outline key duties and highlight strengths. Other tips he adds are to emphasize all relevant experience during the screening process and show personality in the interview.

From the onset, Copps said BP’s recruitment process had crossover appeal from what was familiar to him.

“I applied through email, took a test, and had two interviews. There was a very structured process for hiring,” he said. “There is an emphasis on hiring veterans.”

[Tip: BP offers details on the company website about how to prepare for telephone and virtual interviews with recruiters: Candidate top tips.]

Nearly a decade later, Copps is an operations simulator testing instructor in the Cherry Point refinery in Washington, his home of record prior to the military. Part of his job requires him to make rounds, check pumps and oil pressure, and have an overall feel for the equipment. BP places high priority on its core values of safety, respect, excellence, courage, and one team. Copps said the environment shares commonalities with the military.

“We have to use our instincts, there’s trainings and evaluations,” he said. “I think the team aspect is very relatable – everyone has different strengths.”

The company also offers upward mobility and career advancement opportunities, which has motivated Copps to set his sights on progressing to the next step: foreman.

BP strives to attract military talent by having several veteran initiatives in place, such as a military placement program that will accept applications in 2018 for positions in Houston, Chicago, and London. Successful participants receive 12 months of paid training and development in commercial experience.

Other job offerings translate directly from military occupational specialties, making it critical that applicants use keywords on their resume that help hiring managers see the correlation between prior experience and what the job vacancy is asking for. Once hired, veterans get access to groups, known as business resource groups, that connect employees with shared military service. Currently, local chapters exist in more than 12 locations.

BP uses a multipronged strategy to support transitioning service members through the unfamiliar civilian hiring process. A mix of local partnerships and STEM-style engagement aid the company in recruitment efforts, and national strategic relationships with prominent veteran groups, like Student Veterans of America, Hirepurpose, and Hiring Our Heroes help BP understand the needs of the military job seeker.

It can be challenging to leave what you’re used to, Copps said. BP has allowed him to rely on skills like leadership gained in the Air Force, but it has also given him the opportunity to expand his team-building skills because many co-workers come from non-military backgrounds. The company’s thorough training programs create cohesion leading to a positive work environment.

Copps advises other veterans to remain optimistic as they search for their next career.

See all job opportunities with BP at Hirepurpose »