Editor’s Note: The following story highlights a veteran who manages recruiting for Amgen. Committed to filling its ranks with talented … Continued 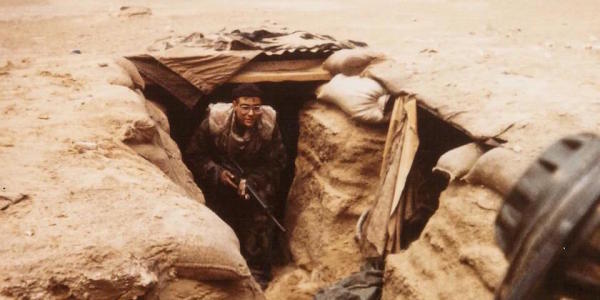 Editor’s Note: The following story highlights a veteran who manages recruiting for Amgen. Committed to filling its ranks with talented members of the military community, Amgen is a Hirepurpose client. Learn more here.

When veterans are applying for jobs, there are companies and positions that they may overlook. We spoke with Troy Knapp, a recruiting manager for Amgen, one of the nation’s top biotechnology companies, to find out how veterans can find the right job after transitioning out of the military. As a Marine Corps veteran, Knapp, 45, knows all the typical challenges you’ll face as you try to get your foot in the door in the civilian sector — and all the jobs you’re missing out on because of it. He gave us the lowdown on what you can do to better prepare for your new career after the military.

What jobs are typically open to veterans at Amgen?

There are many, many, many more jobs open to veterans at Amgen than veterans ever think there would be. I run across this a lot when we’re at veterans career fairs. They sort of come by and say, “I’m not really a biotech scientist, so what can I do?” The answer is everything. Amgen is a global company with approximately 20,000 employees, so it has everything in its job categories that exists in the military. If you do logistics, if you do supply chain, if you do security, if you do truck driving, if you do program management, if you do project management, Amgen does all of these things.

When a veteran is applying at Amgen, what will make them stand out for you?

We also want to see that you match Amgen values. Amgen is a values-based organization and we have a culture that’s one of inclusion so we want people whose backgrounds are aligned with our inclusive beliefs and our value system. Our mission statement is three words: To serve patients. And you look at people coming out of the military and the mission in the military is to serve, period. You’re two-thirds of the way there already. A lot of our Amgen values match very closely with military values.

Do you think military veterans have different skills that can help them stand out as job candidates once they meet those values and basic qualifications?

Yes, they do. Just by the fact that you’re a veteran, you’re already sort of looked at. Amgen has a very strong commitment to bringing veterans into the organization, and Amgen has very strong affinity groups inside the organization for veterans, so Amgen has an open ear when we hear of veterans coming through our competitive hiring process. We have a proud veteran heritage here, so we’re attuned to it.

I think the flipside of that conversation is the way veterans present themselves. They generally present themselves based on the history they’ve had and not so much on the future they’re trying to create. I think that’s a common thing when you put together a resume — it’s natural, so it’s not a hit on them. But military careers are so much about leadership and leadership focus, and when it comes to industry, we need leaders, but what we really need are collaborators. Amgen needs people who work in teams. While that leadership background is valuable and it has inherent value to us, very often when we’re looking through the military resumes, it’s 90% leadership-based, because that’s what’s important in the military. What we’re looking for here is what you have in terms of your background that makes you the most qualified person in terms of your skills for the job. And Amgen really has to ferret that out of people sometimes. “Tell me about the projects you’ve managed. Tell me about the programs you were involved in.” And then you get these amazing stories.

Do you think veterans have a harder time figuring out what their narrative should be when applying for jobs and figuring out how to sell themselves?

You get one opportunity to transition out of the military, and you really want to make it count. So the question is what do you want to do and what in your background relates to what you want to do, and then you need to build your narrative around that.

How can veterans best formulate cover letters and resumes that reflect the potential they have?

I see this all the time when I’m doing career fairs. We run across veterans all the time that come up to us, and the narrative they have is “I’m smart, I’m motivated, I’m ethical, and I’ll do anything.” Three of those four things are great. But “I’m ready for a job, I’ll do whatever you’ve got” — that doesn’t help me, that doesn’t help my recruiting staff.

I think it’s really important that the veterans understand who they’re interfacing with. People are constantly interfacing with corporate recruiters, and they think the corporate recruiter gets them a job. It’s exactly the opposite. I don’t get jobs for people, I get people for jobs. The job is the pre-existing thing. I have a very specific need that needs to be filled in order for this organization to be successful, and I’m looking for people that fit that need. So the better a person can present themselves as filling that specific need, the better they do.

What are some of the first steps a veteran should be taking when they’re thinking about transitioning, either right when they get out or while they’re still active duty?

I think the answer to that question has a lot to do with the seniority of the person. If we’re looking at someone who’s done one tour, two tours, something like that, the answer is you really need to be aware of what you’re trying to do about six months before you get out, and you really need to have your foot on the gas in terms of a full-blown career search 60 to 90 days out. The timing is important because when you look in the corporate world, the average time to fill these jobs is 60 to 90 days. So if you’re 60 days from getting out, the job you see posted online is very well the job you could take. But if you walk out the gate of Camp Pendleton and then sit down at your house to start looking for work, you’re 60 to 90 days behind.

There are three things to consider: What geography do I want to be in? Then you need to look at what sort of industries and positions you want to be in. And then you need to be aware of the sort of compensation you’re looking for. That really determines how that job search is going to go for you.

Then you need to start thinking about the networking of it, the exploratory meetings you’re going to take, your degrees of separation from various jobs. Find the veterans’ advocates at the companies you want to work for and reach out to them.

How essential is networking to veterans looking for their first job out of the military?

I’d put it in the category of “absolutely critical.” When you’re transitioning, you don’t know what you don’t know, so there are a lot of questions that you’re just not aware that you should be asking. So it’s through those networking opportunities that you figure out what questions you should be asking. The idea that you can just throw your resume online into an applicant tracking system and you’re going to get the job from it, it just doesn’t work that way.

Here’s a good piece of advice I got when I was getting out of the military. I was talking to an industry person and I made the comment that “it’s about who you know,” and he sort of corrected me and said, “No, Troy, it’s about who knows you.” And I think about my own career, now that I’ve had 20 years out of the military, and the best opportunities I’ve had haven’t been because I’ve thought, “Let me call Joe and see what he has.” The best opportunities I’ve had professionally have been because my phone was ringing and I picked it up and Joe said, “Hey, Troy, I’ve got something you’re going to want to hear about.” And I think that’s almost a universal truth. It’s not about who you know, it’s about who knows you. And the way that people know you is you have to get out there and network.