Engineering his future: How US Cellular powers up one Marine

When the Marine Corps assigned John Mechkowski to the field of communications, he didn't imagine that several years later, he would work as an associate data network engineer at U.S. Cellular. His time in the military gave him experience that not only made him successful in his job search, but brought him to a veteran-friendly company that he loves 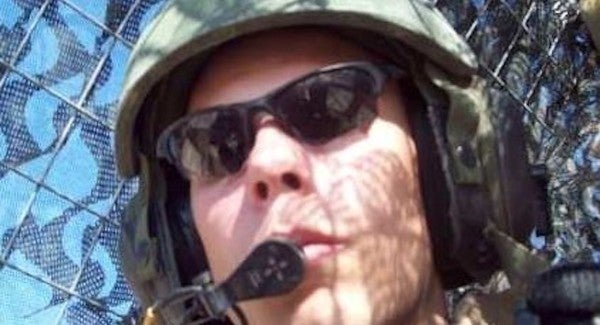 Editor's Note: The following story highlights a veteran at U.S. Cellular committed to including talented members of the military community in its workplace. U.S. Cellular is a client of Hirepurpose, a Task & Purpose sister company. Learn More.

When the Marine Corps assigned John Mechkowski to the field of communications, he didn't imagine that several years later, he would work as an associate data network engineer at U.S. Cellular. His time in the military gave him experience that not only made him successful in his job search, but brought him to a veteran-friendly company that he loves.

Mechkowski servedin the Marine Corps for five years, reaching the rank of sergeant. As an AN/TRC-170 technician, he went through eight months of schooling, working with wireless communications in radio, multiplexing, and code division multiple access (CDMA) technology, which we use for voice communication today. After school, he spent a year and a half working with radios, and then switched to the administrative side, where he focused on maintenance cycles and day-to-day reporting. He deployed on TAD (temporary additional duty) and picked up further experience with high-frequency radios and satellite communications.

After leaving the military, Mechkowski earned a bachelor's in electrical engineering. That degree led him to an internship with U.S. Cellular, a wireless telecommunications company. Mechkowski was immediately impressed by the team environment there. “One of the first days, my manager said, 'We're looking to get you as much experience as we can,'” he recalls. “'If you don't want to work for us at the end of this internship, then you should have the ability to work somewhere else.' I really respected that. My projects were directly impacting the network, so I soon felt like part of the team. We could look back and see things about the network that we improved and say, 'I helped with that; my team built that.'”

Mechkowski believes growth is a part of life, and that every veteran can benefit from learning new skills and improving their education. He's proud of how far he's come both since joining the Marine Corps and coming to U.S. Cellular. “I surrounded myself with people who were smarter than I was, thought differently than I did and were trying to succeed. They helped me grow,” he says. “I would encourage other veterans to find those people, learn from them, and grow with them.”

Thanks to VALOR (Veteran Associates Leading Organizational Results), U.S. Cellular's veteran-specific Associate Resource Group, Mechkowski has been able to pursue those connections. “Having veterans within the organization can definitely open up doors,” he says. “My internship leader was a member of VALOR and introduced me to other veterans at the company. I met two veterans from other branches of service who had the same MOS (Military Occupational Specialty) I did. That gave me a bigger view of how things worked and where I might be going. They helped me understand how to translate military skills into the civilian world.”

Translating military skills into civilian terms is important for every veteran. Regardless of their military occupation specialty, most veterans already have marketable skills to help them stand out in any job field. When Mechkowski chose to work full-time with U.S. Cellular, he was able to use not only hard technical skills like CDMA and multiplexing, but also soft skills in management and diagnostics. He developed all of those in the Marine Corps.

“Understanding the administrative side for the government helped me understand how my company handles paperwork, hiring, systems, etc.,” he says. “The diagnostic process is relatable almost anywhere. You need to find out what is causing a problem and how to fix it. Then there is the set of skills every veteran has: time management, discipline, and adaptability. From a nontechnical standpoint, those three have given me the most success.”

Mechkowski enjoys working at U.S. Cellular and recommends the company to other veterans. Not only is it veteran-friendly, but its culture will be a welcome relief to anyone who served in the military. “We can work remotely, if necessary,” Mechkowski explains. “I'm given a large amount of freedom in how I handle responsibilities, so that flexibility runs through the company. I feel empowered and trusted in what I'm currently doing. Plus, I have team members I can rely on if I make a mistake.” Those elements keep things running smoothly.

When you join the military, you never know where the skills you'll learn will take you. For Mechkowski, they've opened up his world and helped him find his place in it too.