Get A Ticket To The Dance: A Sailor’s Desire For Higher Education Keeps Him Advancing

After graduating from a technical high school, Russ Carfagno began his working career as a mechanic in the air conditioning... 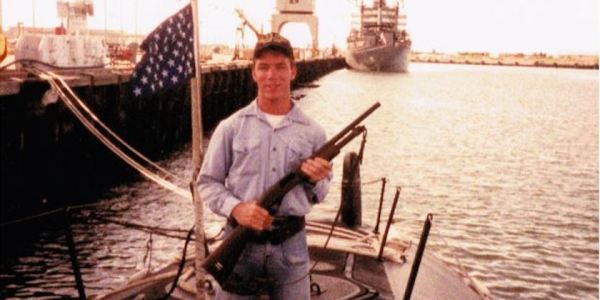 After graduating from a technical high school, Russ Carfagno began his working career as a mechanic in the air conditioning industry. He took night classes to further his education. Eventually, he came to the realization that he wanted more: more training, more money and more responsibility. After decades of listening to his father’s sea stories about his life as a shore-based hospital corpsman, Carfagno knew three things: He wanted a rate in electronics, he wanted to do something different and he wanted to go to sea. A Navy recruiter asked him how he felt about being on submarines and after very little thought, Carfagno never looked back. He served six years as a sonar technician submarines.

As an STS, Carfagno gained unparalleled technical experience. “For my first year in the Navy after boot camp, I went to school every day for eight hours a day with top technical instructors,” he said. “You don’t get training like that outside the military.” Thanks to the nature of the submarine community, Carfagno developed an eye for detail and sharp situational analysis skills. But most importantly, he developed camaraderie. “On a sub, everyone has a role to play that works toward the greater mission of the boat,” Carfagno said. Those Navy tenets served him well as he transitioned into the civilian electronics field, first as a field technician and now as an executive leader at Johnson Controls in York, Pennsylvania.

Carfagno always knew he didn’t want to serve in the Navy long term. “When I left the Navy,” he said, “I bought my first suit, spiffed up my resume and walked into a large electronics firm in South Jersey, right outside Philadelphia. I asked to speak to the HR manager. No interview. No appointment.” Though he was initially turned away, the firm kept his resume. Carfagno was later asked to return for an official interview, where he was hired on the spot. Over the years, he moved up the ranks in various organizations, shifting from the technical arena to the leadership circle.

“The unique thing, among many, that military service gives you is the ability to analyze a situation and approach it tactfully,” he said. It’s a skill that’s helped him tremendously as he took on more corporate positions. “I had more responsibility in my 20s as a young STS than I have at other points in my personal and professional life,” he said. He attributes his gains in roles and responsibility to a continuous pursuit of higher education.

When Carfagno began working as a civilian, he enrolled in night classes and pursued his associate’s degree in electronic engineering. “You could be the best dancer out there,” he said. “But without a ticket to the dance, you can’t even get in to show off your moves.” In the 20 years since leaving the Navy, Carfagno earned both his undergraduate and graduate degrees; he is currently a Ph.D. candidate just months away from defending his dissertation.

Large technical companies like Johnson Controls are actively searching for military veterans with training in electronics and similar fields that the military heavily relies upon. However, in many positions, an undergraduate degree is the key to getting in the door in today’s industry. “The skills and training we gain is incomparable to what you can get as a civilian,” Carfagno said. “Pair it with a bachelor’s degree or higher and you’ve secured your ticket to the dance.”

To learn more about Johnson Controls and job opportunities, visit their careers page.