Culture, Community, And Military-Friendly Atmosphere Brings National Guard Veteran To 3M — And Keeps Her There

“I have no regrets: If I hadn’t joined the National Guard, I wouldn’t be where I am today,” said former … Continued 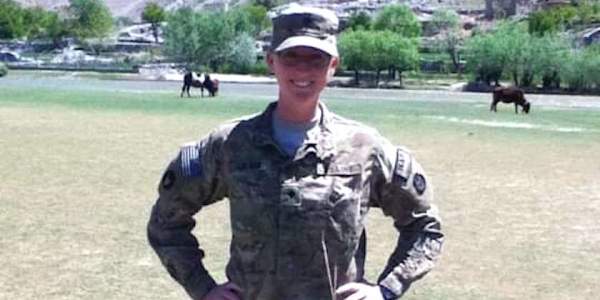 “I have no regrets: If I hadn’t joined the National Guard, I wouldn’t be where I am today,” said former service member Nicole Olson. After 18 months trying the college route, she enlisted in the Iowa National Guard as a preventive medicine specialist in 2008. “My job in the military led me to the environmental world” she said, when describing how she discovered her current position. “I didn’t even know it was here. I discovered the passion I have for it.”

After serving in the Iowa and Minnesota National Guards for six years, including one deployment to Afghanistan, Olson left the military in pursuit of a new opportunity. She graduated from college in December 2014 and left the Guard that same month. She wasn’t looking to join any one company in particular but was very happy to land a contractor role with 3M, a global science company that has 70 years of experience creating soldier protection products, such as body armor, respiratory protection, hearing protection and more.

When the contract expired, Olson moved to the Minnesota Department of Health to be a state health inspector. When her old position at 3M opened up as a full-time role, she didn’t hesitate. “The culture, the community, and the growth opportunities” brought her running back to 3M, she said. And she has no regrets.

Putting training and education to work

After working in the preventive medicine field in the Army, Olson studied environmental science and biology at St. Cloud State University. Her bachelor’s degree gave her the education to pursue a career, but in such a diverse and broad field, her military experience helped immensely. Olson explained that a degree in environmental science can lead to a variety of jobs. Some work in watersheds, and some lobby Congress.

“My job is in the regulatory field,” Olson said. “We make sure the products sold in certain states or countries meet regulations. It requires resiliency, adapting quickly, and confidence. Everyone wants to blame the regulation or the regulatory person, so having the confidence and experience to address the situation and solve the problem is crucial.”

Become an expert, then advance

In working with diverse groups of people each day, Olson thoroughly enjoys the challenges that come with her job. “I work with marketers, developers, supply chains, manufacturers, and businesses,” she said. “I love my position because I can see all aspects of the product development phase, and of 3M in general.”

But she hasn’t entirely ruled out a supervisory role. “My current goal is to be the person people come to with questions,” Olson said. She wants to be a subject-matter expert, someone who can easily get the job done and mentor others.

3M’s Military Support Network provides community and support to those who are still serving, as well as veterans and family members. There are also opportunities for both formal and informal mentorship for all employees. “There’s a huge veteran outreach at 3M, and not just from people who have a connection to the military,” Olson said. From veterans to spouses to military supporters, 3M’s military-friendly environment is a huge positive.

While 3M actively seeks candidates from the military community to fill open positions, the support network also provides outreach to veterans and their families. Some of these programs include scholarships, opportunities for professional development, and networking opportunities. For those in the National Guard or Reserve, 3M offers four weeks of paid leave for training and the potential to make up the difference between their 3M pay and military pay during that period.

Olson’s decision to return to 3M was due in part to the culture and community she found there. And the relationships and network she has developed has impacted her decision to stay there. “3M is really big on networking,” Olson said. “It’s a personal thing as well as a corporate thing. If you can find someone in the field you wish to work in, talk to them. Tap into their network.”

Like many service members, Olson didn’t start her transition with a specific goal in mind. But once the world was opened to her, she was able to find where her passion and skills aligned, and make her mark there.

Join 3M’s talent community to learn how you could be a part of the company’s collaboration and innovation.