In August 2000, Gene Roche traded in his combat boots for business suits when he transitioned from the U.S. Air... 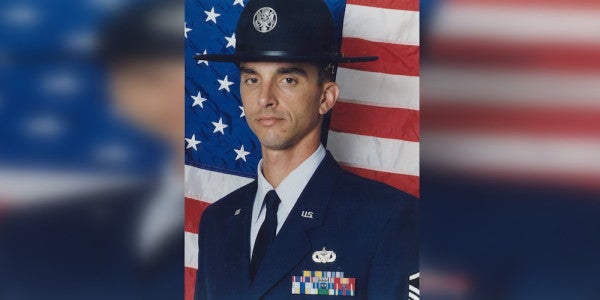 In August 2000, Gene Roche traded in his combat boots for business suits when he transitioned from the U.S. Air Force to Hyatt, a global hospitality company well-known for its welcoming hotels, resorts and vacation properties.

“My retirement date with the Air Force is actually my hire date with Hyatt,” he says.

Roche’s first career was inspired by his parents.

After 20 years of service, Roche retired as a master sergeant and was ready to carve out a new path using the skills he had garnered from the military.

Roche’s initial job search started long before he separated from the military. By the time he applied for the position, job hunting had left him feeling frustrated and defeated.

“I had just taken a class as part of my master’s degree on career placement,” he says. “One guest speaker said, ‘You can’t find a job by opening the Sunday paper and looking at the help wanted ads. You need to get out and network.’”

“I was getting zero callbacks after applying and posting my resume on job sites,” he says. “I had gone to the local human resource association meetings, trainings and development groups, and I wasn’t having any luck. It just so happened that I was looking in the Sunday paper and saw an opening at Hyatt Regency San Antonio.”

His story is the exception that proves the rule. Roche submitted his application, and the hiring process progressed quickly; he was offered the position the following week.

“I mailed my cover letter and resume to the director of human resources at Hyatt Regency San Antonio on Monday,” he says. “I was called on Tuesday, went in to interview on Wednesday and then again on Thursday to interview with the General Manager, and I got the job offer on Friday. I accepted immediately.”

Now Roche is rounding out his second decade of service with Hyatt. Through the years, he has enjoyed the ability to move around the world and experience new places at each assignment.

“During my 20 years in the Air Force, I lived in four different places,” he says. “After 18 years with Hyatt, I’ve transferred seven times.”

Currently serving as the human resources director for Hyatt Regency Tamaya in Santa Ana Pueblo, New Mexico, Roche is savoring the desert life with his wife and their cat, Oscar.

“My cat has transferred more times than a lot of people I know,” he says with a laugh.

Looking back on his many years of experience, Roche remembers the professional hurdles he had to overcome when he first transitioned into the corporate world.

“The biggest challenge was not being so direct with people,” he says. “When I retired, I had spent the past six years as a military training instructor, or drill sergeant, at Air Force basic training. You really don’t say ‘please’ and ‘thank you’ to new recruits. I knew that I needed to adapt my leadership style to my new environment, not that my new environment needed to adapt to me.”

In spite of the need to adjust his communication style, Roche believes the military strengthened his ability to be an effective leader in a wide variety of circumstances.

“As a police officer in the Air Force, I had to deal with many different situations,” he says. “Domestic disturbances, robberies, sexual assault investigations, fatal car crashes and such. As a senior instructor at Air Force basic training, you really learn how to be a leader. For example, we received notification that the sister of one of my recruits had been killed in a drive-by shooting. It was my responsibility to tell the recruit this devastating news. That’s when you take off the hat and be someone the recruit can talk to in order to get through the trauma. You really learn situational leadership.”

Roche has advice for service members who hope to follow in his footsteps and build a successful corporate career after the military.

“Look around the organization to see how things work and what is expected,” he says. “Things don’t move as quickly in the civilian world. We’re used to taking in information and making split-second decisions. That doesn’t always happen in the post-military career. Be patient.”

“Hyatt is a company that truly cares about the people,” he says. “Hard work is recognized and rewarded here.”