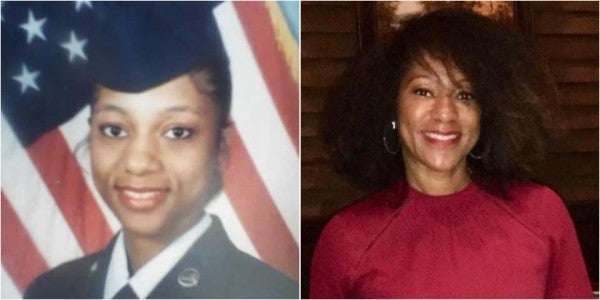 The world’s largest information technology services company has set its sights on using military expertise to address today’s global issues. With its Veteran 2K hiring initiative, IBM has committed to filling its executive ranks, management, and business divisions with thousands of veterans by 2020. The company currently serves clients in over 170 countries with a workforce 360,000 strong. IBM wants more employees like Eronica Dew, a former technical sergeant who served in the Air Force. She was specifically recruited because of the valuable skill sets she demonstrated in her work history.

Dew, whose current title is project manager of business analytics and strategy, connected with IBM almost three years ago after looking for career opportunities outside of her focus in the Air Force. She had served 10 years working on the flight line, supporting F15s and C130s through logistics and inventory management. She knew that when she transitioned, her ultimate goal was to take a different direction in the civilian sector, though that didn’t happen right away.

“When I initially separated from the military, I took two years off,though I did find it difficult to reenter the workforce after the two-year break,” she said. “I had always looked to go into a different path, something more technical. However, I continued to work in inventory and logistics for another four years, crossing over to medical logistics working for Walter Reed Army Medical Center. As the project manager there, I managed a $26 million logistics management contract before moving into business development and sales.”

Dew was recruited to IBM by a former colleague who thought her skills would be a good fit for the company. She now works as a proposal manager supporting business development and sales, which includes writing proposals for the government to help grow IBM. The self-professed “jobs creator” says her mission-first attitude helps her excel in her position and ultimately contributes to IBM’s success.

“I believe a lot of my military skills translate,” she said. “The disciplined behaviors that I have in the workforce. I’m very serious. If I’m on the clock for eight hours, it’s all work-driven. Yes, we laugh, joke, but it’s all about the mission for me. That’s what I transferred from the military.”

“When you apply for jobs, employers appreciate that discipline that you bring to their organization,” she said. But Dew points out that translating military experience into civilian terms can be challenging.

“I’ve helped several other veterans when they separate because I’ve been out the longest of all my friends,” she said. “It’s quite difficult, because most of the time, the tasks, activities, and responsibilities that we have in the military just do not translate well into civilian jargon.”

It’s not impossible, though: “Focus on keywords and looking for either a job title or an activity or task that’s similar to the civilian industry,” she added.

Here are Dew’s further recommendations for fellow veterans preparing for a career in corporate America:

Tip No. 1: Translate your resume to the civilian sector or hire someone who can assist with adapting it for civilian industries.

Tip No. 2: Create accounts on USAJobs and Indeed, because most defense contractor positions are listed there.

Tip No. 3: Research salaries ahead of time, because the military pay scale varies greatly from the civilian sector.

She suggests that veterans seek out a mentor from corporate America who can explain what compensation mirrors the applicant’s skills.

Dew says companies who hire veterans are getting much more than what a job description requires. “They are not only getting the skills for the job,” she points out. “The company is getting disciplined. They are getting folks they don’t need to supervise. We are very effective and can handle our tasks without the micromanagement. We get the job done—whatever it is.”

IBM has also been leading the charge on recruiting veterans for “New Collar” opportunities, which focus on skills over degrees. The company’s innovative apprenticeship program allows candidates to receive cutting-edge technology training while earning a paycheck. The company has deployed tools to make it easier for candidates to find opportunities.IBM’sWatson Candidate Assistant is a cognitive talent management solution that engages job seekers through a fun chat interface. It recommends positions that fit them best based on what the job seeker has shared about their skills and previous experiences to help them find a job that they will thrive in and grow with. This is especially valuable to veterans as they share their military skills and experiences and Watson Candidate Assistant utilizes that information in its job recommendations.