Why Employers Need To Get Over The Stigmas Surrounding Military Spouses

Since 9/11, military operations have been relentless, and the growing global uncertainty makes it clear that we will continue to... 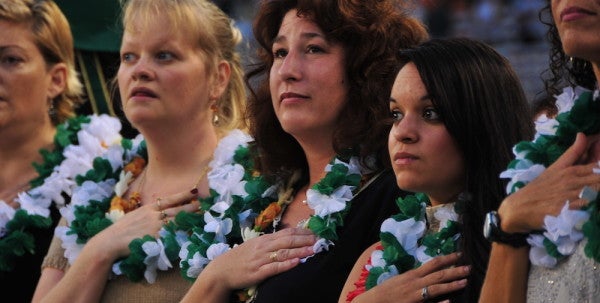 Since 9/11, military operations have been relentless, and the growing global uncertainty makes it clear that we will continue to rely on our military to keep us safe. A major part of our powerful military is the National Guard. Often, I hear that National Guard members are not real soldiers and they are merely “weekend warriors” who only fulfill their military duty once a month.

In my home, though, duty is fulfilled every day. My husband works full time at his National Guard squadron, often working throughout the work week plus weekends. There are also the temporary duty assignments. For instance, last year, my husband took part in training assignments in seven different states. He was away far more than he was home, and he’s been physically present for less than half of our child’s life due to his work.

The frequent come-and-go nature of the job can take a toll on our guard families. My entire family supports my husband and his commitment to serving his country, but we also wonder what would happen to us if something were to happen to him. His job requires an unbelievably high degree of flexibility, because our home can quickly become a single-parent household in the time it takes to cut his orders; sometimes only for a couple days, sometimes for months, and sometimes for even longer.

Not every military family has that luxury, though. Not all employers are reaching out to the military community, nor are they willing to put resources toward engaging this premier talent pool, which was detailed in the 2014 Institute for Veterans and Military Families report, “Military Spouse Employment Report.” The report described how over 90% of spouses surveyed indicated they wanted to be working, regardless of their current employment status, and nearly 55% indicated they “need to work.”

Many spouses have more varied work experience than their civilian counterparts and identify themselves as “adaptable, resilient and independent,” all contributing characteristics to a well-rounded, motivated employee. According to data from the Department of Defense Defense Manpower Data Center obtained in 2010, there are an estimated 1.13 million military spouses in the U.S. With a talent pool of that breadth, it’s time to throw out the elusive perception of military spouses and go after these quality employee prospects.

Even as our nation continues to call on service members to assist with conflicts and humanitarian crises around the globe, it is no secret that the surge of military support across the nation in recent years has waned considerably. Americans are fatigued by discussions on troop levels in Afghanistan and looming budget cuts. And yet, “America has an obligation,” commented former U.S. Secretary of Defense Chuck Hagel in 2014, “to make sure service members and their families are fairly and appropriately compensated and cared for during and after their time in uniform.”

In this day and age of constant crisis, it is important that our companies, communities, and colleges understand why their support for the military is needed now more than ever. Engaging with the military community is as easy as asking a question such as, “How can I help you find your next career?” Let it evolve into larger discussion, then maybe turn into a group event and possibly a larger partnership that lets veterans and military spouses know their community cares for them. While none of us can control the uncertainty abroad, we can certainly do everything we can to help military families feel more certain at home. I’m proud to be on the front lines of this effort.