You and your combat team are on a top secret mission entering North Korea from its northernmost border. You come... 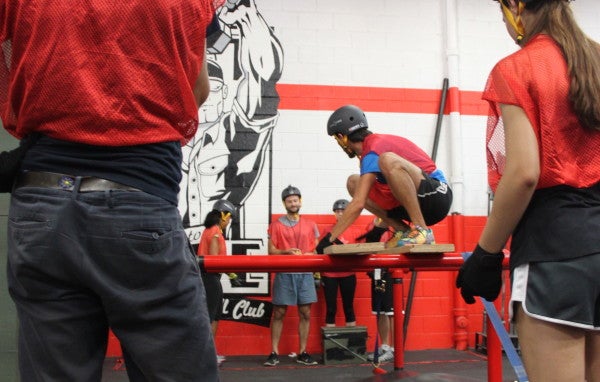 You and your combat team are on a top secret mission entering North Korea from its northernmost border. You come to a cliff and can hear a raging river just on the other side. Your team must scale the cliffs and cross the river carrying your surveillance equipment with you without alerting nearby Korean military. That is what Chief Executive Officer Chris Shaw asks you to do to hone your team-building skills with his consulting company, CORE Leader.

Formerly a reconnaissance pilot for the U.S. Army, Shaw often faced moments when his mission parameters changed drastically, challenging him to adapt and execute his objective differently than first expected. Using his experience from two deployments to Afghanistan in 2009 and 2011, Shaw adapted the military decision-making process into a corporate, team-building activity for companies around New York, Connecticut, and greater East Coast region.

“We started CORE Leader out of a combination of passion and opportunity,” Shaw told Task & Purpose. “We saw the need for a better service that truly delivers what companies are seeking in an experiential team building event: teamwork, problem solving, and tools for future success.”

Chief Operations Officer Billy Knapp, a Marine special operations veteran who served two tours in Iraq and one in Afghanistan, has partnered with Shaw since the company launched in early June. The two met at New York University where they are both completing MBAs.

“While we left the military, our passion for working in and with teams stayed with us,” said Shaw. “We became military officers in the first place to help teams reach their potential and accomplish their missions. CORE was a natural extension of this line of work.”

Utilizing a portable obstacle course they call “the box,” Shaw and Knapp can bring their program to any office space, warehouse, gym, or almost anywhere with access to 30 square feet of space.

The Task & Purpose team attended a CORE Leader team-building workshop on Friday alongside participants from Rabt, The Loadown, Social Effort, and employees of New York University’s Polytechnic School of Engineering incubators to fully experience the workshop as participants. We arrived at a large CrossFit warehouse in Queens where we paired off into two groups and were quickly taken out of our comfort zones to find ways to work together to accomplish our “missions.”

From scaling a “cliff” entering North Korea, to escaping Syria over an electric border fence, each team was required to plan for executing varied simulated tasks that pushed comfort zones, dexterity, and problem solving, all while employing the CORE method.

CORE Leader’s process is unique in that it requires the teams to approach each mission with a fresh perspective and quickly assess how they can use their strengths to complete the objective. While completing each course demands physical agility by some team members, critical thinking and collaboration as a united group are much more important. Some tasks require strength and height, while others rely on flexibility and improvisation.

The CORE method isn’t only valuable for solving puzzles and engaging in tactical missions, however.

“We use CORE to manage our business,” Shaw said. “We went from the original concept of the company to selling a professional product in under six months. This was due in large part to our diligent application of CORE … CORE Leader is the proof that the CORE concept works.”

Shaw has big plans for CORE Leader in the future. “We want CORE Leader to become a national team building and leadership development brand,” he told Task & Purpose in an email. “Because our model is lean and we have a deep bench of talent (military veterans), we see a promising potential for scalability.”

Shaw credited his the decision-making skills he learned in the military, the building blocks of CORE, with his success. “It helped us prepare for major combat deployments in short time frames, it allowed us to plan and manage tactical situations … and it enabled us to return home safely,” said Shaw.

To get more information on team-building events offered by CORE Leader, visit their website.