It’s the 17th birthday of the post-9/11 Authorization for Use of Military Force, which gave President George W. Bush and... 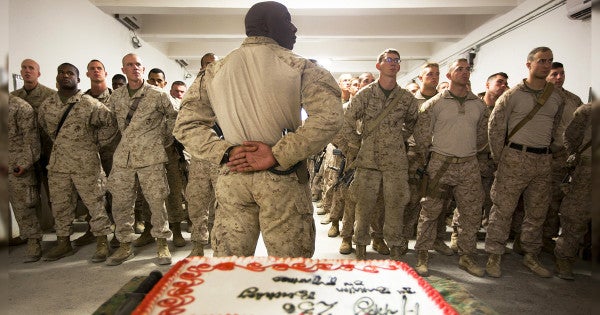 It’s the 17th birthday of the post-9/11 Authorization for Use of Military Force, which gave President George W. Bush and every president since a blank check to deploy U.S. military personnel anywhere in the world in the name of going after terrorists.

Although some members of Congress believed at the time the law may be considered overly broad, most believed it would only apply to members of Al Qaeda, the Taliban, or nations and groups with a direct connection to the 9/11 attack. Only one member of Congress voted against it, California Democrat Rep. Barbara Lee.

The AUMF was used as intended to deploy troops to Afghanistan days after Bush’s signature. A year later, it was being used to justify deploying troops to the Philippines, Georgia, Yemen, and Guantanamo Bay, Cuba — and it hasn’t slowed down since.

The seemingly-narrow group of folks one would think were involved in the 9/11 terrorist attacks, according to AUMF deployments, has also led to deployments to Djibouti, Kenya, Ethiopia, Eritrea, Somalia, and the Horn of Africa — not to mention Iraq. President Barack Obama even deployed troops to fight against ISIS, which didn’t exist at the time of the attacks, under the auspices of the AUMF.

So happy birthday, AUMF. Despite some members of Congress attempting to replace you with something more specific — or, perhaps, do their constitutional duty of oversight of the nation’s wars — you have stayed the course and have allowed them to not have to take part in tough votes that could hurt their reelection chances.