China May Be Building A Military Base In Afghanistan

As if the U.S. military didn't have enough competing interests in Afghanistan among its own government, the Taliban, Pakistan, Russia,... 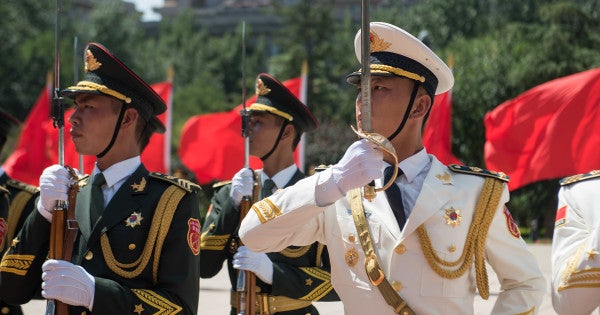 As if the U.S. military didn't have enough competing interests in Afghanistan among its own government, the Taliban, Pakistan, Russia, and others, China seems to be getting into the mix as well, according to a report in the South China Morning Post.

According to the Post, China has begun construction of a base in a narrow strip of land that links Afghanistan to China called the Wakhan Corridor. Once completed, the base would host troops from the People's Liberation Army that would train Afghan troops, one source told the paper.

Hua Chunying, a Chinese foreign ministry spokeswoman, denied the report to Reuters as “not true.” Still, the Post updated its story with a statement from Afghan diplomats in Beijing, which said that China was helping Afghanistan “set up a mountain brigade in the country's north to boost counterterrorism efforts.”

It added that no Chinese military personnel would be stationed on Afghan soil.

Whether China is, in fact, building a base in Afghanistan remains unclear, but it would not be its first overseas outpost. Beijing constructed a naval base in Djibouti in Feb. 2017, not far from the U.S. base at Camp Lemonnier.