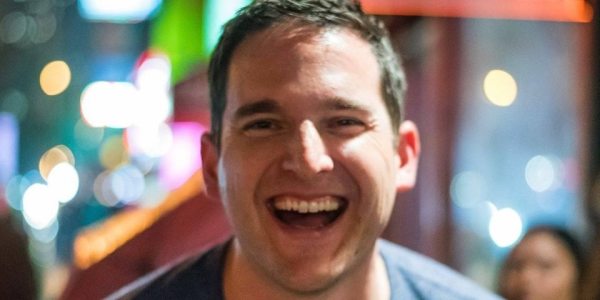 NEW YORK, March 1, 2018 — Task & Purpose, a digital-first media company that gives a voice and platform to the military community, announced today that it has hired the influential military journalist Paul Szoldra as a columnist, starting March 1. A former editor at Business Insider, Paul will report on national security and the military with no-nonsense columns that reflect his perspective as a Marine combat veteran and former sergeant.

“Paul is one of the most important military voices of our generation and has the rare ability to tackle difficult and complex subject matter with humor, healthy skepticism, and a keen eye for what resonates in our community,” said Zach Iscol, CEO of Task & Purpose. “I’ve wanted to work with him from the earliest days of Task & Purpose and couldn’t be more thrilled to have him join our team.”

On March 1, we’ll launch the Task & Purpose column Code Red News, a daily column that Paul and his contributors will use to target and debate military issues with an emphasis on enlisted perspectives. In his post-military career, Paul has worked as a journalist at Business Insider and We Are The Mighty and become a trusted and singular voice on military news and culture. He or his work have also appeared in The Wall Street Journal, The Washington Post, MSNBC, CBS News, USA Today, ABC News, Huffington Post, and the Columbia Journalism Review.

As a Marine infantryman, Paul served eight years in the Marine Corps and deployed to Okinawa, Japan with the 31st Marine Expeditionary Unit in 2003 and to eastern Afghanistan with 3rd Battalion, 3rd Marine Regiment from 2004 to 2005. He later served as a combat instructor at the Corps’ School of Infantry in Camp Pendleton, Calif.

At Business Insider, Paul broke news that the Marines United nude photo sharing scandal was much wider than previously believed, reported on how Hollywood legend Dale Dye earned a Bronze Star for heroism in Vietnam, and pushed back on a Huffington Post article seemingly linking PTSD to violent crime — resulting in an editor’s note and its removal from their website. Paul is also renowned as the founder of Duffel Blog, a beloved satirical website that gets over one million unique visitors a month and has been praised by everyone from Defense Secretary Jim Mattis to The Onion’s founding editor Scott Dikkers.

“I have followed Task & Purpose since its inception and have been very impressed by its impact on the veteran community,” said Paul Szoldra. “So it goes without saying that I’m very excited to join such a great organization and offer what I can to make it even better.”