An Albany, Georgia, police officer has broken the world record for the most consecutive terrible pushups within a one-hour period. … Continued 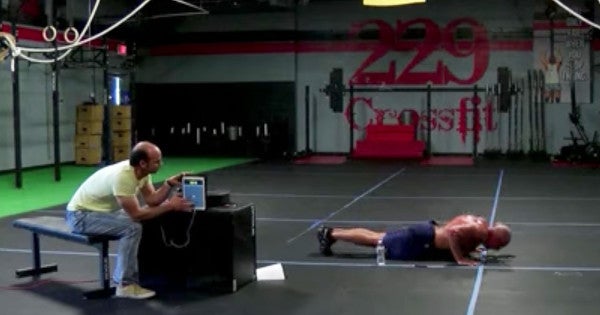 An Albany, Georgia, police officer has broken the world record for the most consecutive terrible pushups within a one-hour period.

Maj. Bryan LaVoie knocked out 3,020 reps of what look kind of like pushups on Tuesday to go for the Guinness World Record. The previous record was for 2,682 which hopefully featured the person fully-extending their arms.

For what it's worth, LaVoie's attempt apparently did some good for charity. But all I can picture in my head while watching the video is hearing “one, one, one, ONE!” from an Army drill sergeant if they were there to judge.