Russia Is Mopping The Floor With The US In The Arctic, And It’s Downright Embarrassing

Coast Guard Adm. Paul Zukunft has once again appeared before Congress to basically beg for a scrap or two so... 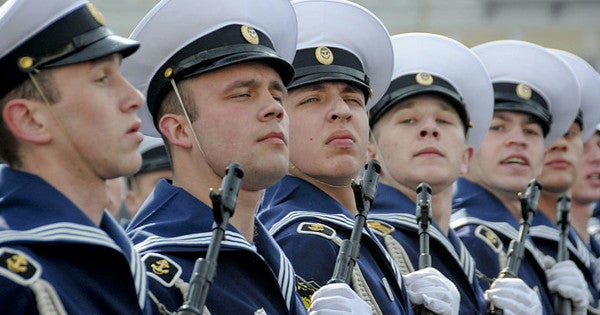 Coast Guard Adm. Paul Zukunft has once again appeared before Congress to basically beg for a scrap or two so the service can compete against Russia in the Arctic.

In a Tuesday hearing with the House Appropriations Homeland Security subcommittee, Zukunft told lawmakers the US had to demonstrate it was “serious” about building a new icebreaker, which would augment an existing active icebreaker fleet with a grand total of one (yes, 1!) the US is currently operating.

That's not to mention the fact that the icebreaker, named Polar Star, is 42 years old, needs constant maintenance, and has about five years left before it'll be useless, the service says.

Russia, meanwhile, has at least 46 icebreakers, and China is working on its second.

The Coast Guard commandant has been doing somewhat of a congressional and public relations tour for at least the past year to sound the alarm over what seems an embarrassing shortfall. Besides narrowly surviving a potentially devastating slash of $1 billion from his budget last year, Zukunft has also been trying to get the cash for at least three more icebreakers into production and underway by 2023, 2025, and 2026, respectively.

And yet, at a time when Congress is totally fine continuing to flush money down the drain in Afghanistan, that request is like pulling teeth.

The Arctic, which has roughly 13% of the world's oil and about one-third of its natural gas, could potentially turn into a South China Sea-like situation. Just as China has done with its creation of artificial islands in that region to gain control of shipping lanes, Russia and its fleet of 40+ icebreakers has exerted itself in the Arctic to become the dominant player.

“We're starting to see militarization of some of their outposts,” Zukunft told me in March 2017.

Having American icebreakers around to check Russia and others in the region, while opening a passage for commerce and oil exploration, seems like a no brainer as far as economic and national security.

“What has been our national security strategy in the Arctic? Well I think until recently, from the U.S. perspective, from the [Pentagon] perspective, it really hasn’t existed,” Sen. Dan Sullivan (R-Alaska), said at a Center for Strategic International Studies event last year.

Meanwhile, Washington doesn’t have as nearly a robust Arctic plan. There are many reasons for this. For starters, the Arctic is pretty damn harsh, and people try to stay away from it as much as possible. Also at play are environmental interests lobbying the U.S. and Canadian governments heavily with anti-drilling campaigns. Russia, however, does not have to contend with such issues because its government is not “predisposed to the will of the people.”

Another problem is the U.S. Coast Guard, which operates U.S. ice breakers, has been criticized for its rigid requirements of what it wants them to do. For example, $1 billion has been allocated to building a new icebreaker, an extreme sum of money, even for the Pentagon. Coast Guard officials are also reluctant to purchase or lease icebreakers from other nations, especially if they are nonmilitary vessels. Another problem is that U.S. law requires that Coast Guard vessels be built in America, unless the president has a compelling reason for them to be built overseas.

Then there's another biggie: The two companies that built the current U.S. icebreakers are closed. Hmm. I wonder why.

Nevertheless, the Coast Guard put out a request for proposal for a new heavy icebreaker back in March.

But it looks like even if Zukunft gets exactly what he wants — three heavy and three medium icebreakers — he, and by extension, the U.S., will be left far behind.