The Taliban Wants A Second Round Of Talks With The US 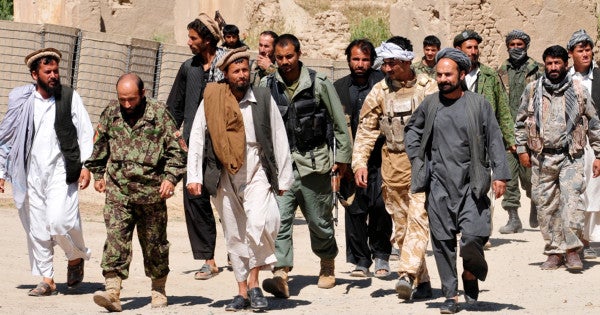 The Taliban is ready for a second round of direct talks with the United States that may take place sometime this month, according to the Associated Press.

Taliban officials met with Alice Wells, an American diplomat, in July. In that meeting, the Taliban asked for U.S. recognition of its political office in Qatar and an end to “restrictions against its top leaders before the start of the formal negotiations,” the AP reported.

Talks between the two sides are preliminary, although both have expressed the hope that some negotiated settlement of the Afghan war can be reached. The top American commander in Afghanistan said in July that he was open to the idea of directly speaking with the Taliban.

M. Suhail Shaheen, the spokesman for the Taliban's political office, wrote in a June statement that negotiation is the “best way” to resolve the war, while outlining some confidence-building steps the U.S. could take to move talks forward, including prisoner exchanges and dropping Taliban members from an international blacklist.

The U.S. requested a two-month ceasefire during the upcoming Afghan elections in the previous meeting, according to AP, although no agreement was reached.

Still, although any kind of negotiation to end the nearly 17-year-old war at this point seems to be good news, these preliminary talks still have a long way to go. The Obama administration previously tried to talk directly with the Taliban for more than a year before negotiations were blown up by Afghan President Hamid Karzai, who was angered over his exclusion from the talks and the Taliban's opening of the Qatar office in front of its flag and a sign declaring the “Islamic Emirate of Afghanistan.”