It's gotta be quite a thrill to work in the Trump administration. Every day is an adventure. On Monday, your... 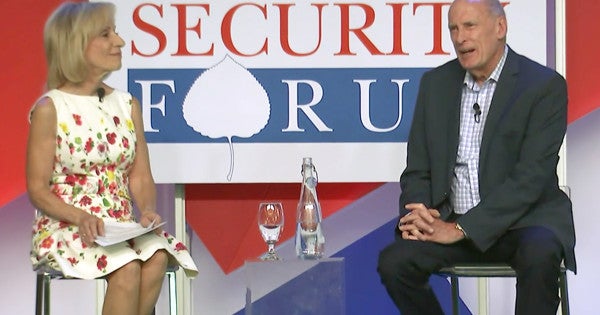 It's gotta be quite a thrill to work in the Trump administration. Every day is an adventure.

Onstage at the Aspen Security Forum, Andrea Mitchell of NBC News interrupted her discussion with Coats to say: “We have some breaking news.” The news out of the Washington: Russian President Vladimir Putin is coming to the White House.

Coats, being the top U.S. intelligence official that he is, of course reacted as if he hadn't been told a thing about it. “Say that again? Did I hear you?” he said, before adding, “Okayyy. That's going to be special.”

Besides not getting a heads up on this one, Coats also said he hasn't been told what happened in that private one-on-one Trump-Putin meeting in Helsinki. You may remember… that was the meeting where the two world leaders came to some sort of “international security” agreement that the Pentagon doesn't have any clue about.

Director of National Intelligence Dan Coats informed on stage at Aspen Security Forum that the Trump administration has invited Vladimir Putin to the White House.

In that same forum, Coats also hinted (as did FBI Director Christopher Wray) that he had considered resigning as DNI. When asked about it, he responded with “that's a place I don't really go to publicly” — a non-denial denial. So something tells me he'll be revisiting that consideration fairly soon.