After railing against NATO countries not contributing their required 2% for the better part of a year, President Donald Trump … Continued 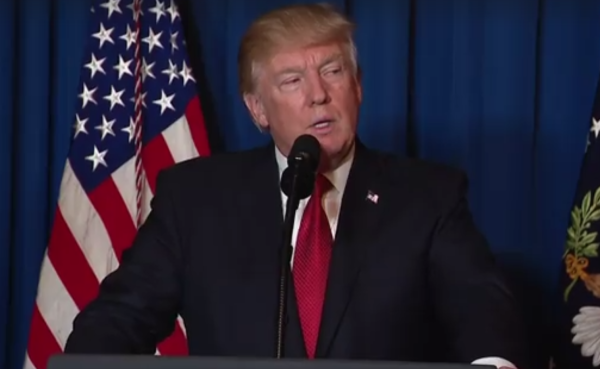 After railing against NATO countries not contributing their required 2% for the better part of a year, President Donald Trump has moved the goal post to 4%, according to Bloomberg.

Trump told the 29 leaders of the transatlantic alliance they needed to up their defense spending to 4% of their nations' GDP, to counter some in the alliance's “free rider” status. But here's the rub: Many of those free rider countries are on track to up their spending to the required 2%, and oh by the way, the U.S. doesn't even spend 4%.

The U.S. spends 3.5% of its GDP on defense, according to the official figures from NATO.

But what is this all about, really? Is Trump nickel-and-diming our allies because, in his view, the U.S. is getting ripped off? What are we actually getting for contributing so much to this collective defense arrangement?

As Kori Schake put it in a brilliant essay for The New York Times, quite a lot:

Contrary to the president’s core complaint, the American-led order isn’t that expensive, especially as compared with the alternatives. About 40 percent of America’s gross domestic product was allocated to the military during World War II. It now stands at less than 4 percent — not an unreasonable price for a tried-and-true insurance policy.

The president and his fellow critics argue that if America does less, others will do more — that its largess facilitates free riders. That hasn’t proved true with its closest friends: Since the end of the Cold War in 1991, the United States has reduced its military forces in Europe by about 85 percent. But Europeans have even more significantly cut their defense spending, and become more tentative about the use of military force. Far from emboldening allies, the American drawdown has made them less likely to act.

Besides continuing to rail against an international order that has held firm for 70 years, Trump went so far as to say “Germany is totally controlled by Russia” — a ludicrous statement that brought forth some interesting facial expressions from others in the room, including former Gen. John Kelly and lifelong Republican Ambassador Kay Bailey Hutchison:

"Germany is totally controlled by Russia," Pres. Trump tells NATO Secretary General Stoltenberg as they sit down together for bilateral breakfast ahead of Brussels summit. https://t.co/CmyplgrxzN pic.twitter.com/6RnFk8Drgs

Following the NATO summit, Trump is heading to a one-on-one meeting with Russian President Vladimir Putin, who is no doubt smiling ear-to-ear over the disastrous state of affairs between the U.S. and its closest allies at this moment.