There's a serious crisis in America when it comes to opioids. Millions of Americans are addicted to prescription pain relievers,... 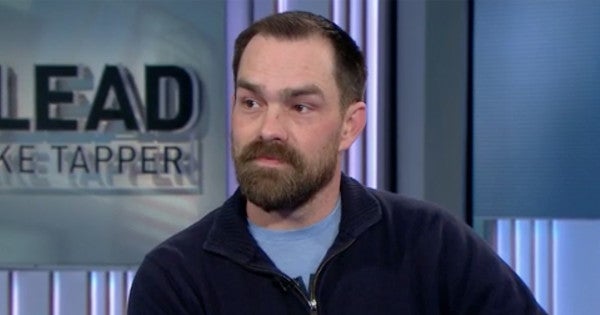 There's a serious crisis in America when it comes to opioids. Millions of Americans are addicted to prescription pain relievers, and tens of thousands die from overdoses each year.

But the veteran community leads the way with a sobering statistic: They are two times more likely to overdose than non-veterans.

And beyond the overdose risk, opioids also offer challenges for mental health treatment since, according to VA data, more than 63 percent of veterans receiving prescription medication for chronic pain also have a mental health diagnosis.

That's why Medal of Honor recipient Clint Romesha is lobbying Congress and the Department of Veterans Affairs to look at other options besides the “quick fix” of giving prescriptions to veterans in pain.

“There are so many different options other than just 'fill that prescription,'” Romesha said Thursday in an interview with CNN's Jake Tapper.

Many injuries affect the muscles, according to Romesha, which may be better suited to chiropractic care instead of a magic pill. He specifically mentioned the Patriot Project in Canton, Ohio, which has a goal of offering free chiropractic care to wounded veterans, military members and their families, and Gold Star dependents.

The organization boasts eight Medal of Honor recipients as board members or spokesmen, along with other prominent retired military leaders.

“The culture we had when I was in was, 'Here's pills, get back to work,'” Romesha said, noting that there are other options that should be explored such as chiropractic care or acupuncture. “It's been world changing.”

There is one option Romesha didn't mention that's been embraced by some veterans: medical marijuana. The VA issued guidance late last year on its medical marijuana policy, which allowed doctors to discuss (but not prescribe) marijuana with veterans, although the agency still refuses to study its efficacy.

You can watch Romesha's full segment with Tapper at CNN.