The 10 Books That Should Be On Your Reading List

A few years ago, an email from Marine Gen. James Mattis began to make its viral way around the Internet. … Continued 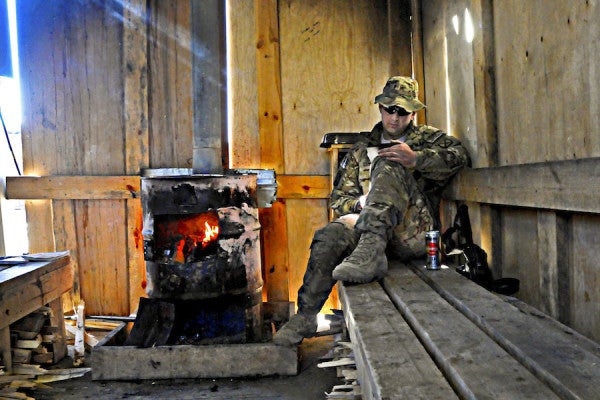 A few years ago, an email from Marine Gen. James Mattis began to make its viral way around the Internet. In it, Mattis extolled the importance of reading to gain an understanding of history, taking advantage of the experience of previous warfighters in order to prepare oneself for the future fight.

Some of the books Mattis cited, as well as the principle that reading is fundamental to military professional development, can be found on the professional reading lists of various military branch chiefs. The Army chief of staff's reading list, for example, includes books on leadership, strategy, the Army profession, and other topics to develop a soldier's mental capacity, even as he or she trains to achieve physical, tactical, and technical excellence.

As a self-confessed book nerd, I've read more than one of the books on these lists, from Grant's memoirs to “A Message to Garcia.” Still, as a lifelong reader and someone who has spent 12 years in the military profession, I often find that these lists lack something. While I appreciate an attempt to wade through Clausewitz as much as the next hapless staff officer, I feel that fiction has much to offer in the way of getting us to think about ourselves, our duties and responsibilities, and how we see our service to our country.

While non-fiction provides historical context, fiction can provide settings and characters that expand the imagination. Exercising the imagination within the historical framework provided by non-fiction works, stretches the creative muscles necessary to respond to challenges with innovative, transformative thinking.

Below is a list of 10 works of fiction that have, at one time or another, influenced me in my military career. It is by no means exhaustive, nor should it be. Some were recommended by military men and women I looked up to as role models; others I encountered by accident or while reading in a different subject area. But each of them remained with me after closing the book, and each has something to contribute to widening the perspective and imagination of readers.

1. Gates of Fire by Steven Pressfield (1998). This is one of those books I've learned to pick up at used bookstores when I see it, due to constantly lending it to people and never getting it back. Some readers are drawn to the historical actions of the Spartans leading the Greeks at Thermopylae, while others enjoy it for the fast-paced work of fiction that it is. I personally enjoyed the author's narration of the book from the point of view of a soldier from the ranks. Employing the voice of the soldier contrasts well with the modern phalanx of news and entertainment media that are all too willing to stand in for that voice, no matter how inaccurately they do so.

2. To Kill a Mockingbird by Harper Lee (1960). One of those novels that people may remember more or less fondly from high school English class, there is a lot to unpack in this classic. What I find most memorable is the character of Atticus Finch, caught in the unenviable task of trying to stay on the right side of a moral dilemma. Even before joining the Army, this book provided serious insight into the virtues of personal courage and integrity, even in the face of clear bodily danger.

3. The Richard Sharpe Series by Bernard Cornwell (1981 – 2014). It's probably cheating to include an entire series of more than 20 novels. The novels tell the adventures of Richard Sharpe, a British soldier who fights on battlefields from India with the forces of colonization to the war in Europe against Napoleon. Along the way, he is promoted from sergeant to the officer ranks, an almost unheard of feat in a wealth-based officer corps that closely followed the traditions of the aristocracy. In addition to being a lot of fun to read, Cornwell researched each of the historical settings he uses and provides notes about each for his readers.

4. Things Fall Apart by Chinua Achebe (1958). Anyone deployed in the past several years knows first hand the cultural conflict between tribal mentality and Western way of thought. This book provides the reader another perspective of this clash, allowing him or her to step away from conflicts that may be too close to examine with any objectivity, namely the wars in Iraq and Afghanistan, and instead use this African setting as a proxy for examining what happens when the immovable object of one civilization meets the unstoppable force of another.

5. Chickamauga by Ambrose Bierce (1891). It’s hard to choose just one piece from the huge canon of contemporary and modern Civil War literature. This short story, which contrasts a young boy's playing at war with the terrible reality of combat and its after effects, is enough to discourage anyone from buying into the myth of war as anything more or less than butchery.

6. Everything Flows by Vasily Grossman (2009). A Soviet war correspondent during World War II, Grossman observed and wrote extensively from the Eastern Front for the Red Army newspaper, “The Red Star.” This book is the one of two long fiction works to barely survive his subsequent persecution under the Stalin regime as both a Jew and an intellectual. In this work, Grossman turns an unflinching eye on the behavior of men and women who survived the horrors of a world war, only to then face the horrors of the Soviet persecution of intellectuals, Jews, and others deemed not loyal enough to the regime. When serving overseas, these same pressures to stay alive, and retain some measure of humanity, reveal similar parallels when operating in the human dimension of the battlefield.

7. Lord Jim by Joseph Conrad (1900). Conrad is arguably most famous for “Heart of Darkness,” the work upon which Francis Ford Coppola based his war opera “Apocalypse Now.” “Lord Jim,” one of his lesser-known works, explores deeply the consequences of a failure of courage on the part of a young naval officer; a catastrophic, public failure that haunts him for the rest of his life. In a military that prides itself on personal courage as one of its core values, this work provides a perspective on the pursuit of that value. (Side note: The fear of catastrophic, public failure may or may not have been one of the prime movers behind my very first jump in airborne school.)

8. For Whom the Bell Tolls by Ernest Hemingway (1940). I've found that most people either love or hate Hemingway, but there is no denying that the man could write a hell of a war novel. Reading this book overseas, I was struck by the parallels between the characters, both foreign and native, who existed in various planes of weariness or excitement for the war, and the men and women I worked with on a daily basis. Although one could argue for the inclusion of any of the Hemingway's works on this list, I feel this is his most realized work examining the human effects of war.

9. Slaughterhouse-Five by Kurt Vonnegut (1972). Vonnegut was another author who turned to fiction after his experience serving in combat, which included time served as a prisoner of war in World War II. One could read it as a straight science fiction novel, which I did at first, given that I read it almost six years before I joined the Army. When viewed as a metaphor for the delayed impact of the stress of combat on the human psyche, known today as post-traumatic stress disorder, the book becomes more than science fiction and deserves its reputation as one of the canonical World War II novels.

10. The Moon is a Harsh Mistress by Robert A. Heinlein (1965). While some of my colleagues may prefer Heinlein's “Starship Troopers,” usually when debating what constitutes a deserving citizen, I found more insight in this book into the process of pursuing and achieving freedom from a distant authority. The motley crew of characters — including an artificial intelligence, a woman, and the reluctant computer technician — illustrates that a common enemy makes for strange, but effective, bedfellows. This is a good thing to remember if one finds oneself in the position of that common enemy.