On August 4, 1790, President George Washington okayed the creation of a Revenue Cutter Service to collect tariffs from U.S.-bound... 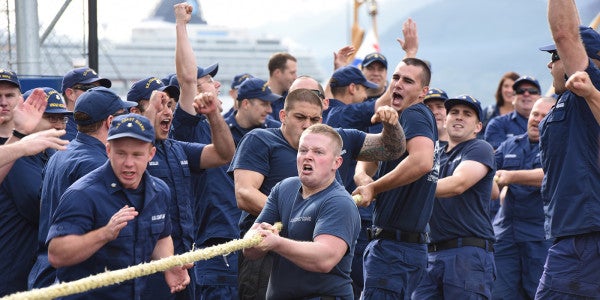 On August 4, 1790, President George Washington okayed the creation of a Revenue Cutter Service to collect tariffs from U.S.-bound ships. Two-hundred and twenty-seven years later — after absorbing the Lifesaving Service and the Lighthouse Service — the U.S. Coast Guard is alive and well, charged with preserving life and property on the water… along with drug interdiction, counterterror, ice operations, these Huggies, and whatever cash you got.

Happy birthday to the Coasties — and to the haters who have trouble treating our fifth armed service as a coequal, here are some reasons for you to reconsider, with assistance from the USCG Flickr account and some T&P; readers.

You think the Marine Corps is tiny and always gets the bone? There are fewer coasties total than there are Marines at Camp LeJeune — and like their “Semper Fi” counterparts, coast guardsmen do a lot more with a lot less. Their official motto is “Semper Paratus” — “always prepared” — but it’s been pronounced “Simply betray us” by generations of crafty enginemen and boatswain’s mates.

2. This is their premier training ship.

Every Coast Guard Academy cadet gets ample underway time on this tall ship, the US Coast Guard Cutter Eagle — and as a former USS Constitution crewmember, lemme tell you, you’d be amazed how challenging tall-ship duty can be. (The port calls in Bermuda are hard, too, I bet.)

At least as hard as the Air Force. But with fewer golf courses.

Come on. He gets better duty than I ever did.

5. Rescue swimming is a hell of a lot harder than you think.

The service has an unofficial motto, meant to convey the hazards of being the lifesaving sea service everyone relies on: “You have to go out, but you don’t have to come back.” Sounds weird until you see this guy at work.

We like to mock them, but I do genuinely think the "rescue people in deadly peril" part of their job is cool

In a small sea service, where you might be assigned to a small cutter with just a handful of crewmembers, your chances of doing the cool jobs increase nicely.

The Coast Guard says it operates “the only U.S.-flagged heavy icebreakers capable of providing year-round access to the Polar regions.” It’s duty that’s as tough as being stationed at, say, Twentynine Palms or Diego Garcia… except this base rocks, sways, and freezes regularly.

10. No other service has the Coast Guard’s saving lives-to-taking lives ratio.

Look at that photo. That’s an E-3 saving a child in Lake Michigan with CPR. I spent 8 months in Iraq and the only thing I saved was extra Rip-Its from the DFAC.

There’s a sled dog in your galley. Can I be your friend? 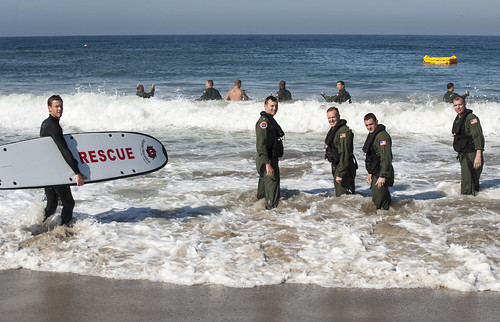 14. Plenty of job opportunities for metalheads.

15. You never have to worry about a tour in any of these places.

Just follow U.S. Coast Guard Station Islamorada and get all the reasons why they are so cool. They stay busy in The Keys! 🙏👊🏽💪🏽 pic.twitter.com/Y3O7PzKVD5

Well, maybe Alaska and the aforementioned icebreakers, yeah. But there’s also, like, the Florida Keys. Does the Army have a base in the Florida Keys? No. But it’s got three in Alabama. Your choice.

Did we miss any of your favorite things about the Coast Guard? Let us know in the comments.