4 Habits That Will Make You A Better Military Leader

Leadership theory in the academic world encompasses a spectrum of behaviors, but the leadership style most often associated with the... 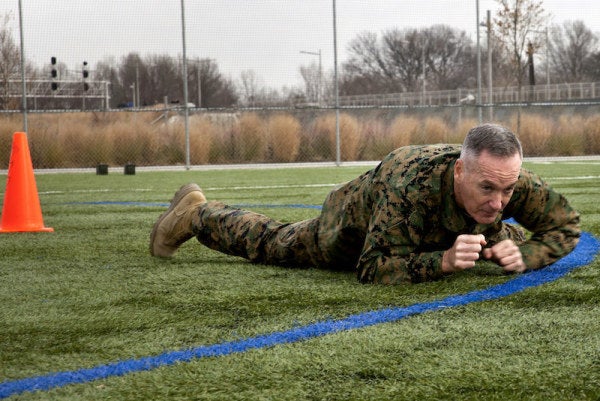 What’s amazing to me is that exhibiting transformational leadership qualities is conceptually easy and intuitive. The largest difficulty is the amount of time required to demonstrate them properly. However, the effects are well worth the investment. Transformational leadership can be broken down to four basic, mutually supporting behaviors, referred to as the “4 Is” — idealized influence, inspirational motivation, intellectual stimulation, and individualized consideration. Further research has broken them down into as many as six, but for the sake of brevity, these are the most critical.

Idealized influence is one of those behaviors that we intuitively understand. It is being a role model; in the military, it is not only doing physical training with your subordinates, it is being physically fit enough to challenge them. It is being competent and proficient in all basic tasks, in addition to whatever specialized skills are required by your subordinates. It is meeting and exceeding the same standards expected of your subordinates in all manners, physically, mentally, and most importantly, ethically. This all seems self-evident and the kind of lessons that are drilled into our cadets ad nauseum, but are slowly forgotten or ignored as rank and power increase, which is why we were all so enamored with Gen. Joseph Dunford conducting the Marine Corps Combat Fitness Test, and are so disappointed by seniorleadersbehavingbadly. One is idealized influence; the others violate the concept.

Inspirational motivation is the ability to formulate and clearly communicate a positive vision; it is enabled by the leader’s ability to focus on the future. Followers with leaders who exhibit inspirational motivation are able to endure short-term hardships and make sacrifices for the promise of future reward. This requires an understanding of the big picture, the superordinate goals of the organization, and how the actions of the followers lead to the achievement of a superordinate goal.

I spent a long time in command and eventually got tired of the same crappy safety briefs each Friday. One day, I decided to tell the story of a Medal of Honor recipient and read his citation to my troop. We then had a short discussion about the values he exhibited and the impact he had on his unit and the nation. I communicated this expectation, this vision that I had, that any soldier in that troop could do the same if placed in a similar situation, not to diminish the actions of the recipient, but to instill pride in the attributes and values of my soldiers. This became a weekly tradition, our new safety brief, where we did not talk about what we shouldn’t do, but rather, talk about what we should. We had a surprisingly low number of serious incidents on the weekends, and I’d like to think that most soldiers were inspirationally motivated each week when they were reminded of their potential and the values we all shared.

Intellectual stimulation is the extent to which leaders challenge their followers to think for themselves. It is asking why we do things the way we do them and demanding a better answer than, “Well, it’s just the way we’ve always done it,” or, “Because that’s what the regulation says.” Intellectual stimulation takes time; how often have we been told by a boss, burdened by competing priorities, to “Shut up and color,” even though the picture didn’t make any sense? If the Army is to adopt mission command to the extent that it wants, this leader behavior is critical. Intellectual stimulation between leaders and followers helps followers truly understand the commander’s intent while allowing the commander to trust his subordinates better, knowing that they understand his or her thought process.

I had a squadron commander who did this extremely well. He frequently solicited ideas from his staff in informal settings, debating their merits and drawbacks openly with his subordinates. This took a lot more time than simply saying, “Execute this course of action,” but it paid off for all of us. As we progressed further and further into the deployment, we were better able to predict his reaction to a particular problem or solution. We became more efficient at solving problems and especially implementing the solutions. Our squadron came up with some of the most creative solutions to difficult problems, solutions that were shared and duplicated across the theater, in part because of his willingness to intellectually stimulate us.

Individualized consideration is a combination of behaviors. Foremost, it is recognizing and treating each follower as a person with unique knowledge, skills, abilities, difficulties, and goals rather than as an average of all followers combined. Secondly, it is the willingness to dedicate your time to engaging followers on a personal level or consider their efforts, performance, and potential when making decisions that affect their future. Leaders who demonstrate individualized consideration are communicating to followers that they have value by spending a finite resource, that leader’s time, on the follower.

It’s important to note that this does not necessarily require a leader to spend time with every single follower in his or her organization. My last command peaked at 372 soldiers; it would have been impossible to engage every single one on a personal level with any sort of frequency that would have an impact. But when followers see a leader demonstrate individualized consideration for someone else, they are assured that they will be treated similarly. When I spend an hour going over a soldier’s finances and helping him or her create a budget and set goals to get out of debt and save money, or when my first sergeant and I spend countless hours talking with a soldier, reading regulations, drafting memorandums, calling his branch, and soliciting for endorsement for his compassionate reassignment, we are demonstrating, the unique value with which we hold these soldiers; they are not tools to be thrown away at the first signs of wear or breakage, but members of a team who deserve to have decisions that impact their lives measured against their contributions and potential, not against emotionless bureaucratic rules. Followers who believe that their efforts, contributions, and potential will be individually considered have increased productivity, greater institutional commitment, and higher job satisfaction.

So I’ve made it a habit to ask myself at the end of each day, “How did I demonstrate an idealized influence today? Who have I inspirationally motivated today? Who did I intellectually stimulate today? For whom did I demonstrate individualized consideration today?” If I can’t answer one of those questions, I make that behavior a priority the next day. It should be noted that you cannot “check the block” or be inauthentic about these behaviors, but asking the questions helps form positive habits and reinforces those leader behaviors that we all want to exhibit, know we should exhibit, but too often sacrifice for time.