We’re less than a month into 2016, and already no fewer than four senior military brass have behaved badly. Senior … Continued 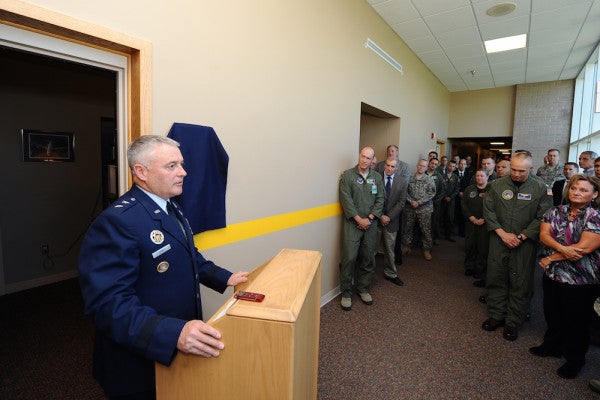 We’re less than a month into 2016, and already no fewer than four senior military brass have behaved badly. Senior leader sackings have become so mundane that it’s become a running gag at Pulitzer Prize-winning journalist Tom Ricks’ Foreign Policy column.

There have been dozens of senior officer scandals since 2010, but here are five of the most outlandish.

Maj. Gen. Carey saves the world from war, one drunk day at a time.

America’s nuclear missile force is no stranger to scandal between various episodes of cheating,drug use, andgambling. But Maj. Gen. Michael Carey, who commanded nearly 450 nuclear missiles, took the nuclear community to new highs (or lows, depending on your point of view) during a five-day bender to Moscow in July 2013.

According to the Air Force’sofficial investigation — which reads like a chapter from Tucker Max’s “I Hope They Serve Beer in Hell” — Carey cavorted with suspicious foreign women, unsuccessfully tried to dance on stage with a mariachi band, and boasted to no one in particular during a layover in Zurich that he “saves the world from war every day.” Carey was relieved of his duties shortly thereafter and retired less than a year later as a brigadier general.

Related: What history can teach us about leadership: Good, bad, and ugly

Not wanting to spend $25 on excess baggage fees, Rear Adm. David Baucom left his pajamas at home while attending a conference at a beachfront hotel in Florida in April 2015. It was the beginning of an evening that would make Frank the Tank blush.

A few rounds of wine, whiskey, and gin at the hotel bar hit the admiral like a “ton of bricks,” according to the inspector general’s report, as he fell down repeatedly, smacking his head first on a barstool, then on the back of a couch. After being helped to his room by a busboy, the admiral awoke in the middle of the night to go to the bathroom, but instead found himself locked out of his room — without his clothes. Two alarmed female guests reported the admiral’s antics to hotel security. Shortly after the incident, Baucom was transferred to the Pentagon. If there’s a silver lining to the incident, it provided great fodder for West Point superintendent Lt. Gen. Robert Caslen during the annual Army-Navy game — perhaps the only high point in Army’s 14 consecutive losses to America’s sea service.

That was a lesson Rear Adm. Rick Williams, head of the U.S. Pacific Fleet’s carrier strike group training command, learned the hard way, after being relieved of his duties earlier this month, according to reports from Navy Times and Stars and Stripes.

The colonel, who commanded the Italy-based 173rd Airborne Brigade, was caught in an affair. While I don’t think I could handle one wife, he had two, and was convicted during court-martial proceedings in 2012, pleading guilty to over fifteen charges, including bigamy.

The affair became known when Johnson’s wife went to the doctor and discovered she was no longer Johnson’s TRICARE insurance beneficiary. It wasn’t a paperwork glitch — Johnson had secretly married a former Iraqi interpreter who emigrated from Iraq to the Netherlands. It’s a tale as old as time: Boy meets girl; boy meets another girl in Iraq; boy faces charges of steering millions of dollars of contracts towards the Iraqi girl’s family; boy allegedly usesgovernment funds to visit girl in the Netherlands; boy is forced to retire as a lieutenant colonel and payover $300,000 in fines.

If you’re thinking of starting your own drinking club, just don’t.

Rank has its privileges, and for Army Lt. Col. David Chiarenza, that included the honor of being the “Supreme Allied Commander” of his own fraternity-style drinking club, according to Stars and Stripes. The club’s bylaws, tallying over eight pages, were longer than many combat operations orders.

Witnesses testified participation in the club was “unofficially mandatory,” with attendance logged at most weekend get-togethers. A flyer for one such battalion bender in March 2012 encouraged junior officers to bring two bottles of alcohol, advertising the party would last “until liver failure.” According to the investigation — which makes references to plastic swords, pacifiers, and other novelties for games, the battalion’s operations officer — Maj. Christopher Garbarino allegedly groped a female lieutenant andeventually had to be tied down with duct tape. The incident landed the major in confinement and cost him six months’ pay.

This is why the military can’t have nice things.