The Defense Information School in Fort Meade, Maryland, responsible for training and developing communications professionals from across the military, announced … Continued 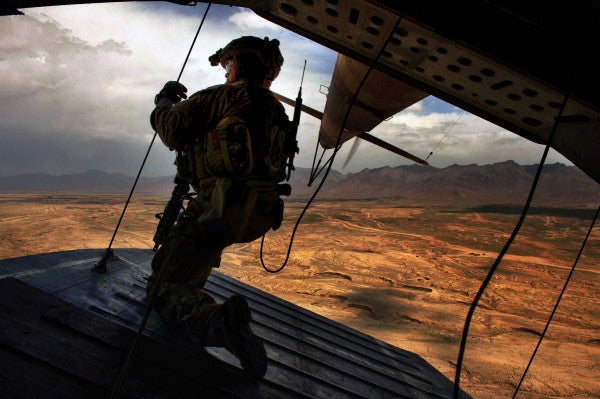 The Defense Information School in Fort Meade, Maryland, responsible for training and developing communications professionals from across the military, announced the results of its 2014 Military Photographer of the Year competition today, according to Stars and Stripes.

The top distinction goes to Air Force Staff Sgt. Vernon Young, who won with some incredible photos of military operations in Afghanistan.

Faces of Afghanistan — An Afghan man spends a moment alone inside the Afghan National Army military planning room prior to serving tea to soldiers, June 11, 2014.

A Deeper Connection — U.S. Army Staff Sgt. Damion Kennedy shares a laughs with a local Afghan man as he provides overwatch for a base detail project, April 8, 2014. Kennedy and his soldiers have developed strong connections with Afghans during their deployment.