7 Myths That Make Everyone Hate On CrossFit

CrossFit is the hottest thing since skinny jeans, and with all the hype and attention, there is bound to be... 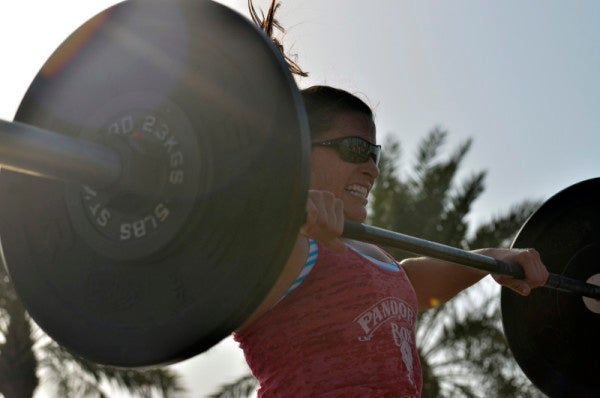 CrossFit is the hottest thing since skinny jeans, and with all the hype and attention, there is bound to be some hate. But, unlike the Kardashian mania, this hate is unwarranted. Here I present some CrossFit misconceptions and share my experience as someone who has belonged to two “boxes” — that’s lingo for a CrossFit gym. I also offer some insight from CrossFit coaches and sports medicine professionals.

“It's hard to make general statements about CrossFit because the product varies among facilities and coaches,” says Doug Kechijian, a doctor of physical therapy who participates in functional strength workouts, has a military background in special operations, but doesn’t go to CrossFit. “I've treated a substantial number of crossfitters who injured themselves because they weren't adequately prepared for the workouts they were prescribed. On the other hand, plenty of CrossFit coaches scale appropriately, utilize proper progressions, and are very particular about technique.”

The answer to many of the CrossFit myths out there is simply that, it depends. It depends on the quality of the facility, coaching staff, and your ability to gauge your limits.

Myth 1: CrossFit is dangerous and leads to injury.

During my eight-month stint as a crossfitter I strained my back several times, but it was my fault. Thinking I could up my weight load quickly and squeak out that last rep despite my quivering body was just my competitive side rearing its ugly head. When a coach saw me doing something wrong, I was immediately corrected, but there were a few times when it was too late.

“If the biomechanics is faulty in the performance of an exercise this greatly increases the likelihood of injury,” says Pat Davidson, director of training at New York City’s Peak Performance. “If the volume of exercise is excessive this will probably be the greatest factor in increasing injury chance. CrossFit is a bit of a mystery because you don't know what you're going to get at any given box.”

So to avoid injury, choose a reputable CrossFit facility, use your head, and you should be fine.

Myth 2: CrossFit is only for elite athletes and average people need not apply.

As a runner by trade, CrossFit was a way for me to cross train after hip surgery. I am not an elite athlete, just an enthusiastic one, and I started the sport at what was probably the weakest I’ve ever been in my adult life. Madeline Mosier, the general manager and coach at BRICK CrossFit, says her mother starting CrossFit at the age of 61. After being diagnosed with osteoporosis, she eased into CrossFit having not worked out for decades.

“Over some time she noticeably started gaining strength, confidence with the movements and eventually better and better movement quality,” says Mosier of her mother. “As all of these things started to come together, she was able to gradually increase the weight in her workouts and after several years of consistent work, she overcame her diagnosis and reversed her osteoporosis.”

If a sedentary 61 year-old can pick up CrossFit, so can you.

For men, this might not be a huge issue, but I’ve spoken to many women who shy away from CrossFit, not wanting to get massive. While doing CrossFit, my shoulder definition really popped and my butt grew and became rock hard, but my strength was not enough to make me really grow much at all. And the places I did change, oblique definition, hamstring development, actually enhanced my fitness modelling career.

“If you work hard both in the gym and with your diet, CrossFit will quickly add lean mass to your body,” says Carter Gaffney, a former Navy SEAL and owner of CrossFit Santa Monica. “Female athletes, CrossFit or otherwise, who have a body that is more muscular than our standard definition of female beauty work exceptionally hard to get that way,” he adds.

So, as I’ve learned first hand, you won’t bulk unless you try very hard. And I think that if you do end up adding mass, it’s an awesome testament to your hard work.

Myth 4. CrossFit is a cult.

When I joined my first box, I felt lonely for about a week. Many of the people there knew each other and would talk in their little groups and I felt like the new girl. There were some very noteworthy CrossFit athletes who trained there, and I felt out of place.

I quickly started talking to other CrossFitters and attending the 5:15 a.m. class, where I was introduced to people I could really relate to: the crazy early birds. I’m still friends with some of them to this day, but I am certain we didn’t form a cult.

“In light of the overall low standard of health in this country, any movement that gets people excited about exercising and clean eating is probably a good thing,” explains Kechijian.

It’s not a cult in a bad sense, but it’s a pretty big movement and there are worse crowds to join. I got along just fine as a thin runner doing CrossFit and no one asked me to drink any kool-aid.

A paleo diet aims to mimic the eating habits our hunter-gatherer ancestors maintained: high protein, high fiber, moderate fats, and low carbs and sodium. I do not follow the paleo diet and more notably, Rich Froning, the four-time Crossfit Games champion, does not follow this diet.

“The paleo diet is just a specific diet some people choose to follow,” says John Fitzsimons, an Army veteran and co-owner of CrossFit Toms River. “Nothing right or wrong about it. But, if a caveman was here he would eat the shit out of a burger and pizza and so do I.”

I second that. If I go back in time and offer Caveman Bob mashed potatoes and gravy, you think he’s going to say no? Overall, balanced nutrition is more important than prescribing to a specific diet.

Myth 6. CrossFit is only for competitive types.

Just because I am competitive and get frustrated when I don’t win marathons and triathlons or lift the most weight doesn’t mean everyone else that does CrossFit has mental issues. I did WODs, that’s lingo for “workout of the day”, with plenty of non-competitive types with no ambition to compete or do anything but get a good workout.

“CrossFit is for my grandpa just as much as it is for an ex-NFL athlete,” says Amanda Douglass, BRICK CrossFit coach and games athlete. “They both have to squat to sit on the toilet.”

CrossFit is about overall functional strength and mobility, but I like the way she put it because it made me laugh.

In January 2013, I spent my birthday in the hospital with rhabdomyolysis, which, according to the U.S. National Library of Medicine, is the “breakdown of muscle tissue that leads to the release of muscle fiber contents into the blood.”

I have a picture of me holding a plastic bottle of my brownish-red urine. Much like my strained back, this was my fault. I was rolling from CrossFit to the gym to lift more weights, and then running no less than five miles before I showered up and got to work. CrossFit didn’t give me rhabdo. I gave myself rhabdo because I was cleared to exercise after a bunch of surgeries and took it too far.

“I have known three people to get rhabdo since my six years of coaching doing CrossFit, so it is a dangerous piece that shouldn't be overlooked,” says Maddy Curley, BRICK CrossFit coach and games athlete. “The people that are usually most susceptible are former or current elite athletes that are used to pushing themselves beyond a comfortable threshold.”

So don’t go giving yourself rhabdo, because it is no fun and can lead to kidney failure. Mine were spared, thank goodness.

You have to consider the difference between CrossFit as a fitness regime for regular people and CrossFit the competitive sport, where people are sponsored and paid to only do CrossFit, make it to the games and bring home a trophy.

“CrossFit the sport, like elite athletics in any discipline, is about winning, not health and longevity. With that in mind, training to be better at CrossFit the competitive sport is foolish for military members.” says Kechijian.

But for fitness, given its tendency to increase overall functional strength, it’s a great workout choice for service members.

Kechijian adds, “Gyms that are more interested in scalable, progressive, goal-specific fitness programming than in competing may be just what a military member needs to take his/her physical preparation to the next level.”

I’ve made the embarrassing admission of what a competitive dunce I have been in the past to bring you some solid, first-hand information. Learn from my mistakes that overtraining is worse than undertraining. I now do my best to be a hybrid athlete, training both in the gym with weights and also for endurance sports and races. I don’t go to a CrossFit box anymore, but I have implemented some of the functional lessons I learned in my lifting routines and still like to tune in for the games.

I mean, look at all those abs.

My next race is the Chicago Marathon and I am running on behalf of my charity Endure to Cure, where we kick our own asses to raise funds for pediatric cancer. You can donate to my cause here. If you got the hint from what you read above, you know I will be giving 110% come October in the windy city.