8 Smart Ways For Veterans To Win Any Election

If “support for the troops” or “honoring our veterans” was enough to get elected, the halls of Congress would be … Continued 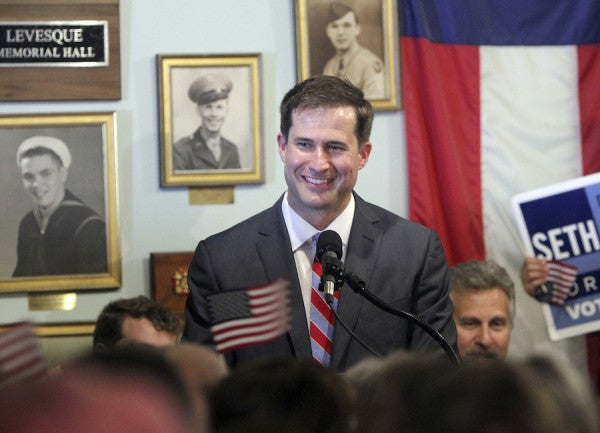 If “support for the troops” or “honoring our veterans” was enough to get elected, the halls of Congress would be crawling with vets in 5.11 pants. However, what we are witnessing after 13 years of conflict is a “dramatically diminishing number of veterans in Congress.” There are several reasons for this decline, and it is unlikely we will return to a time when most members of Congress have a military background. For every example of a successful veteran election campaign, there are several more that floundered in the polls. In 2006, the Democratic Party put forward 55 veteran candidates to challenge incumbents. Only four won and only one is still in Congress. If you thought war was ugly, remember that it’s just an extension of politics by other means.

However, there are steps veteran candidates, and we as a community, can take to be successful in increasing our representation in the institution that has such a profound impact on our lives. I understand the transition from military campaigns to political campaigns, because frankly, I played this game backwards. Prior to joining the Army, I ran political campaigns at the local, statewide, and congressional level. Before that, I worked in Congress as a staffer in both the House and the Senate. So, here’s my take on what it will take for veterans to “win in a complex world.”

1. Move beyond “Thank you for your service.”

Civilians say this, because honestly, they don’t know what else to say. You’ve earned some thanks from the nation. But if you believe your service is deserving of their votes, you are going to lose. If your campaign is centered on that cool photo you posed for during the invasion (or on that forward operating base), then you will be a one-trick pony and voters will eventually resent that you expect their vote simply because of your combat experience. It also doesn’t help if you plagiarized that paper for your military education.

2. Be a quiet professional.

Voters will know about your military background, even if you rarely mention it. Your supporters, outside groups, and even the media, will talk about your service. It’s a part of your story, but it’s not the whole story. To be successful, you need to identify the elements of your experience that will make you more effective in representing your constituents and provide them that narrative. You’ve proven you can accomplish the mission, but now that mission needs to be representative of your constituents’ needs.

3. It’s called a campaign for a reason.

Pull out FM 3-24; you already know how to do this. When I ran political campaigns, I often used military history as my guide. I would have been far more effective if I knew what I do now about operations planning. If you are running against an incumbent, then you are in a fight over legitimacy and representation. The same tools we use (intelligence preparation of the battlefield, lines of effort, information operations, operations in the human domain, etc.) apply in election campaigns. Your challenge is finding the center of gravity in your district and figuring out how to apply these tools in a complex operating environment. (Sound familiar?) If you aren’t advancing on several lines of effort each day, you will find yourself losing ground.

4. Establish your center of gravity.

You spent months trying to catalog key leaders in the indigenous community of a foreign nation so that you could use their political strength to further the interests of the United States and defeat the insurgency. Politics is not that much different. Who has the ability to affect votes, bundle campaign donations, or gather the hordes of volunteers you will need to run a successful campaign? If you can’t answer these questions before you announce your intentions, then you haven’t prepared the battlefield and your adversary will be several steps ahead of you. This is why “professional politicians” are successful. They have spent years cultivating these relationships so that they can call on them when it matters.

5. Remember freedom isn’t free, but neither is gas.

The people may appreciate that you fought for their freedom, but now they have mouths to feed. National security issues only play a limited role, even in presidential politics. Funding for veterans’ health care, new camouflage, and outdated equipment may matter to you personally, but unless there is a VA hospital, shipyard, or aircraft manufacturing facility in your district, then these issues won’t grow the local economy or create jobs. You need to learn the economic and social issues that motivate your community and let that form the basis of your campaign. You’ve earned some credibility on veterans and national defense, but you need to earn it on jobs, (civilian) health care, and other issues important to the voters. Focus on the weaknesses in your defense until they become your strengths.

6. Know that all politics is local.

You can thank Uncle Sam for moving your family every two years and ensuring you have no roots. It broadened your children’s horizons, but it will actually lose you a certain level of trust in voters’ eyes. “How can he understand our problems if he hasn’t lived here?” Some localities are more leery of “carpet-baggers” than others, but even in communities that are used to newcomers, being new to the community is a weakness. Going back to the district/state your family is from can help, but that’s not always where we end up (or want to be). Have an answer for this dilemma.

7. Forget about the military industrial complex.

While veterans may assume the defense industry will support them, this is not always the case. Let’s be honest, we are most likely to be their most dangerous critic in Congress because we’ve spent weeks trying to use Distributed Common Ground System, or we know how costly it is to maintain their sacred flying cow. You may get some support from the defense industry if you actively seek it, but don’t assume it will be enough to finance your campaign. You will need to cultivate relationships with other financial backers at home in your district. Local dollars show a local commitment, and are a sign of a healthy campaign.

8. Engage your band of brothers.

There won’t be enough veterans in any one district to elect a veteran to Congress. More than likely, your district will have less than 30% veteran voters, which won’t beat 70% any day of the week. A veteran candidate needs to be engaged with this network and use it as a multiplier of effort, but it can’t be your only (or leading) source of support.

Lastly, think about what veterans as a community can do to help a brother or sister out. Elections are won by solid candidates with a core group of dedicated supporters, raising money, volunteering their time, and spreading the message. Successful political networks are organized and engaged. The strength of their voice is far greater than the sum of their votes. Groups like the National Rifle Association, the American Israel Public Affairs Committee, and the AARP are powerful because they are organized to lobby their interests, mobilize votes, and financially support candidates.

There are many groups out there supporting veterans. How much we support those groups and what we do to organize locally will have a far greater impact on elections than if we sit at the local VFW and complain over a beer about how few veterans are in Congress.