9 Things Civilians Want To Know About Veterans, But Are Too Afraid To Ask

When a civilian like me starts asking a veteran certain questions, things can get awkward, fast. The reality is, though,... 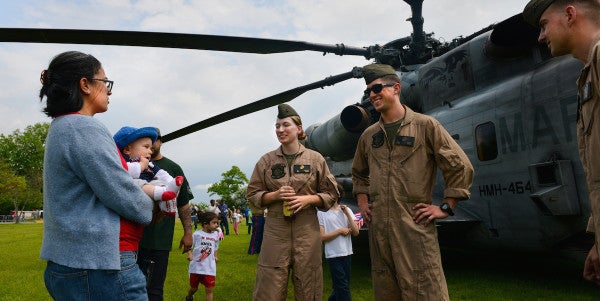 When a civilian like me starts asking a veteran certain questions, things can get awkward, fast. The reality is, though, that even if we have enough tact not to ask, we’re still going to wonder. Let’s face it; in many ways, veterans and civilians are from different planets. Still, this doesn’t mean that you can’t learn to speak each other’s language, appreciate each other’s culture, and even inhabit one another’s worlds. Here’s what your civilian friends are really wondering about you and what they really mean when some of these uncomfortable questions inevitably slip out.

1. Did you see some really messed up stuff over there?

Crude and insensitive, this question covers all the negative bases. Though we all try to be tactful — and we all know what morbid curiosity feels like — this question is the one that slips out when that curiosity gets the best of us. We’ll probably never actually ask you this, but what we are wondering is if the things we learned about war from the media and movies are actually accurate.

2. Did you ever kill anybody?

Let’s just get this one out of the way. Hopefully, none of us will ever ask you this question, as it’s a sensitive subject and obviously none of our business. Still, if it does end up slipping out, please go easy on us. We’re still trying to wrap our heads around the concept of killing as a necessary evil that’s actually permitted in war at our government’s behest — something that is probably only possible to really understand when you’ve faced a grave threat to your own life and stared down the barrel of someone else’s gun. We ask ourselves if we’d have the courage to do the same — a question that bears no moral judgement on you, but rather whether or not we would ultimately ever have the guts to pull the trigger too.

3. What the heck did you actually do in the military, anyway?

Unless we are military brats ourselves, most civilians sadly have no clue how the U.S. military works. You’re going to need to spell it out for us — don’t tell us that you were a “door gunner” and expect us to get it; say “I shot guns at bad guys from a helicopter.” If you were a cook or worked a desk job, we want to know that too, because we care about you. We understand that every role in the military is essential and requires courage and self-sacrifice, not just the “sexy” jobs.

Many of us were brought up to believe that this is the right thing to do, and when we say it, we sincerely mean it. When facing an active-duty or veteran service member, most of us are keenly aware of the fact that you’re the one who had the balls to serve — not us — and we truly are grateful for it. At the same time, we know thatthere’s been backlash from some service members who feel that this statement is either inappropriate or insufficient, so we’re often not sure whether or not to say it or keep quiet.

We’re all aware of the prevalence of post-traumatic stress and the pressing issue of the veteran-suicide rate, we also don’t want to force any assumptions on you by asking how you’re doing, especially if the answer is “Just fine, thank you.” All we really want you to know is that we’re eager to be there for you, help you, support you, and listen to you without judgement. We just want to be there for you if you need us, no matter how much we trip over our words when offering our support.

6. Are you still the same person that you were before you went to war?

Maybe we knew each other back in high school, before we both went our separate ways and you enlisted.Reconnecting after following such divergent paths, we may need your reassurance that you’re still the same person that you were before, and if you’re not, we need to know how you’ve changed, so that our friendship can evolve into new and authentic patterns of interaction.

7. Can you only really relate to other veterans now?

We admire and respect you, which is why we want to be your friend. We’re also keenly aware that there’s a huge part of your life that we can never fully understand unless you choose to share it with us. We can’t help but wonder if this means that you’d just rather be friends with other vets (though we hope that’s not the case).

Everyone knows that there is no real substitute for actual experience. Each news outlet has its own bias, and Hollywood’s representations of warzones are for the most part a lost cause. For many of us, while we might be able to ask an uncle about Vietnam or a grandparent about World War II, having the chance to ask a member of our own generation about the realities of war is a rarity. While we might be hesitant to ask, we’re intensely curious about everything from where you slept and what you ate to what it feels like to lose a friend on the battlefield.

9. What do you think about this politician/conflict/issue?

I know that it probably gets exhausting when everyone expects you to have the definitive opinion on every issue that makes the headlines. But just recognize that in many ways, your wisdom and experience are the closest that most of us will ever come to understanding what it would actually feel like to be one of the proverbial “boots on the ground.” If you don’t have an opinion, that’s okay too.

Of course, let’s not be naive: Some people really are just ignorant jerks who ask obnoxious questions and assume the worst of you. Your true friends are none of the above, but they still might wonder some of the same things. The bottom line is that your true friends love you, and whatever awkward thing that they say or ask, know that it’s coming from a place of good intentions. A little bit of mutual understanding here goes a long way, and you’ll both grow wiser and more compassionate in the process.