A Navy SEAL’s Advice On Living A More Fulfilling Life

Editor’s Note: This is an excerpt from former Navy Seal Eric Greitens’ new book “Resilience,” which is a compilation of … Continued 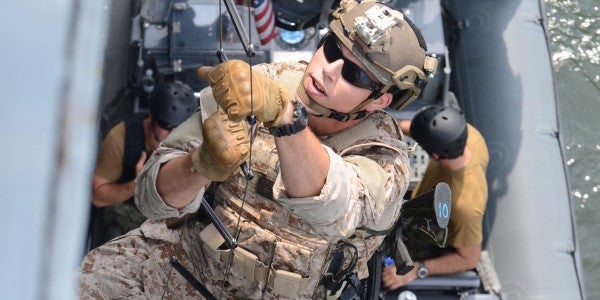 Editor’s Note: This is an excerpt from former Navy Seal Eric Greitens’ new book “Resilience,” which is a compilation of letters between him and his Navy SEAL buddy who was struggling with alcoholism, job loss, and PTSD.

When we’re struggling, we don’t need a book in our hands. We need the right words in our minds. When things are tough, a mantra does more good than a manifesto.

And on that note, if you find anything of value here, make it yours. The value isn’t that a particular person said it or wrote it, but that you can use it.

So scribble notes in the margins. Underline. Highlight. Write down where you disagree and write me back. Think about your own life as you read.

And because you’re my friend, there’s one thing I want to share with you before we start down this path. It’s relevant to our friendship, and relevant also to what we are trying to do now.

You know that when we were going through BUD/S, the most grueling part of SEAL training, I was married. You may not know that by the time you saw me in San Diego I was divorced.

Things weren’t going well when I was in BUD/S, and after a brutal day of training, I often tried to race home and set things straight. I still feel guilty about that. I think I could have been a better officer in BUD/S if I hadn’t felt the panicked pull of home the way I did then.

Sometimes my mind just wasn’t right. I’m sorry about that.

I won’t bore you with all the unhappy details here, but on Christmas, 2002, I came home to an empty house and just collapsed. Thank God for work. I’d get out of bed, get a uniform on, and get in on time. When I came home, I’d often fall straight into bed, and for the life of me I couldn’t get out of it until the next morning.

Trash piled up in the kitchen. The dishes went unwashed. I never seriously thought about killing myself, but I was so ashamed. When I look back on that year of my life … there’s almost nothing there.

In time, I found some good in that experience. In a very practical way, it made me a better officer and a better leader. When I had a guy wake me up in the middle of the night in the Philippines because his wife said she was leaving him, or when one of my guys in Iraq had a kid diagnosed with autism back home—well, I think I understood better what they were facing, and I hope that helped me to be of more help to them.

Now a husband and a father, I think I’m more solid and more grateful in ways I might not have been had I never been hurt so badly.

On a deeper, maybe you’d call it a more spiritual, level, the whole experience made me more empathetic. I’d seen a lot of tragedy before that time. I’d worked with refugees in Bosnia and Rwanda, with slum dwellers in India, with children of the street in Bolivia, with kids who’d been hit by land mines in Cambodia. I think I was compassionate before, and I’d always tried to be understanding. Yet even after being so close to misery in so many different places, on some level I still thought of most people’s struggles as man against the world, rather than man against the self. But when you’re in bed and not tired and it’s bright outside and you can’t seem to get your feet on the floor, you start to see that a lot of our most important battles are the ones we fight for self-mastery.

Now, in comparison with what so many other people have suffered, I find it a little embarrassing that something like this knocked me down so hard and kept me on my ass for so long. But there it is.

Other things have been hard. I’ve lost fights, some of them physical. Like you, I’ve lost friends. I’ve failed dozens of times to be the leader, friend, husband, son, cousin, boss, and brother that I know I can be.

This is an excerpt from “Resilience” by Eric Greitens, which was published on March 10, 2015. Copyright © 2015 by Eric Greitens. Used by permission of Houghton Mifflin Harcourt Publishing Company. All rights reserved.