America Needs To Breed A Culture Of Voluntary Public Service

At the beginning of World War I, Great Britain had a small, professional military. It had an army built to... 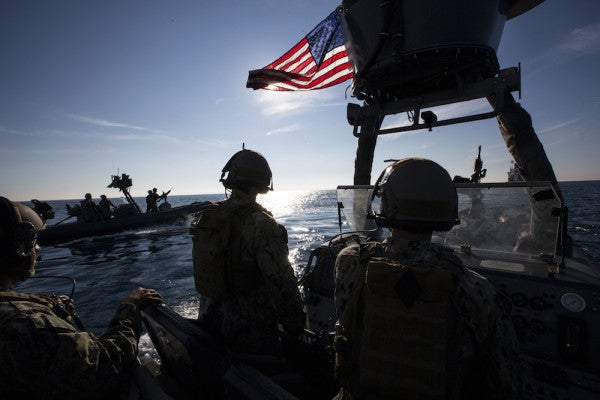 At the beginning of World War I, Great Britain had a small, professional military. It had an army built to police the British Empire, protecting his majesty’s possessions against insurgencies, such as those in South Africa and Afghanistan. The Royal Navy, the greatest in the world, protected the island nation from any assaults on its territorial integrity.

Almost alone among the great powers of the time, the British army was filled by patriotic volunteers. When the Great War began in 1914 and exacted casualties far beyond what anyone foresaw, the British needed many more soldiers. This desperation for volunteers in the absence of conscription gave rise to what came to be called the White Feather Campaign.

The campaign consisted of young women throughout Britain who, when they found men of military age not in the military, would pin a white feather to the young man’s lapel, symbolizing cowardice. Young men were intensely vulnerable to this particular brand of emasculating shame inflicted by young women. Recruiting numbers ticked upward markedly, though even shame was eventually not enough to replace the casualties of Ypres and the Argonne, and a draft was instituted in 1916.

This simple act caused so much social disruption that the government had to issue separate insignia to protect people in key industries exempt from military service and those at home due to wounds from combat. The White Feather Campaign was not entirely fair, but for a time it was successful in convincing people to do what they should have been doing anyway — serving their country. This British use of culture as a weapon to achieve societal goals still resonates today. The United States currently faces a similar disconnect between those drawn to serve and their societal peers.

Today, military personnel often hold themselves above others, as “sheepdogs” protecting the “sheep” of the larger society. Much of society echoes this. The military is consistently rated as among the most highly esteemed institutions in American society. Gratitude for military personnel is front and center at schools, political rallies, and public events throughout the land.

While this is great, only a small number of Americans will ever serve in the military; even if they all wanted to, three out of four Americans of eligible age are ineligible for military service. Some prominent observers periodically call for a return to a draft to either help society or to help the military, but any rational analysis reveals that a draft would be a disaster from a military standpoint. The military already has more people than it can use or afford. It certainly doesn’t need more who don’t want to be there.

What we do need is voluntary national service, and we should be serious about demanding it from our young Americans.

We can say everyone should serve, but in the context of the military, not everyone can. So Americans say, “Thank you for your service,” and then go about their business. Americans give their thanks and then feel as if they have done their patriotic duty by giving someone in uniform their aisle seat on an airplane. While they say thanks to random service members, they save their aspirations for their children to be the next Mark Zuckerberg, not the next James Mattis. Outside of the political class, generals used to be commonly regarded as potential presidents. We’ve replaced them with business leaders.

It is true that the military’s risks and sacrifices are different than most, but they share much with other public servants, both in the government and non-governmental organizations. In highlighting and heralding the service of our military veterans, the key is not suffering or experience with violence; it’s a willingness to work full time for a cause larger than oneself. “Service, not self,” is the ethic we need to embrace and encourage.

To that end, America’s veterans have common cause with its police, firefighters, and teachers, as well as members of the Peace Corps, AmeriCorps, and other such organizations. While the type of sacrifice is different, the important thing is that they, like the military, are also putting service above self.

Everyone can and should do more. America doesn’t need mandatory service. Mandatory national service proposals are counterproductive. We need to build a strong culture of voluntary service and sacrifice. This will lead to more substantive and lasting change. The country needs to honor service and shame the lack thereof, both for the good of society at large, and to improve the character of individuals. We need to collectively decide that service is something that every responsible American does before going on to seek the BMW and the brass ring.

We need to ask prominent Americans what they’ve done for their country, and if they haven’t done something, then shame is the right answer. They should get a figurative White Feather pinned on them. That’s the attitude we need. But that’s far from what we have.

While on the campaign trail in 2007, Mitt Romney was asked about what his five adult sons had done to support the country after 9/11. Mitt Romney said, “One of the ways my sons are showing support for our nation is helping to get me elected.” That’s the epitome of wrong, as is Dick Cheney’s, “I had other priorities in the 60's than military service.”

Prior to the the Vietnam War, being a veteran was a prerequisite to being taken seriously in society. That era is over, but nothing has replaced it. Today, service to others should be that criteria. Failure to do so should be today’s White Feather.

Service should be a prerequisite for public office, or even for being taken seriously as a public figure. Actors speak with authority on political issues even though their only jobs have been playing make-believe. Businessmen talk about sacrifice while their only sacrifice has been drinking Johnnie Walker Black Label instead of Blue. Congressmen and senators speak about service when their only jobs have been as politicians and staffers. When interviewing public figures on serious issues, journalists need to ask the question, “So what have you ever actually done to serve others, besides talk into microphones?”

We need to go beyond thanking the military to thanking all of our public servants. We need to breed a culture of service, not just a culture of military service by the 1%. Not just “military days” at amusement parks, ballparks, and the like, but police, teacher, and firefighter days. Days where all our public servants are honored, not just the military. Every type of public service enriches this country. We need to let those who aren’t suited for military service know that they can make meaningful contributions, too.

We no longer live in a world where any child can look to his or her parent and ask, “What did you do in the war?” In truth, we probably shouldn’t want to live in such a world. But we can make it a world where any parent who can’t answer “So, how did you serve your country?” should feel ashamed.

We may never again see a world where duty shirkers flee the streets for fear of the humiliation of wearing the White Feather. Collectively, though, this country could use more of that attitude, whether the feather is visible or not.