A Homeowner’s Association Tried To Limit When Residents Could Fly The American Flag. These Veterans Said Hell No 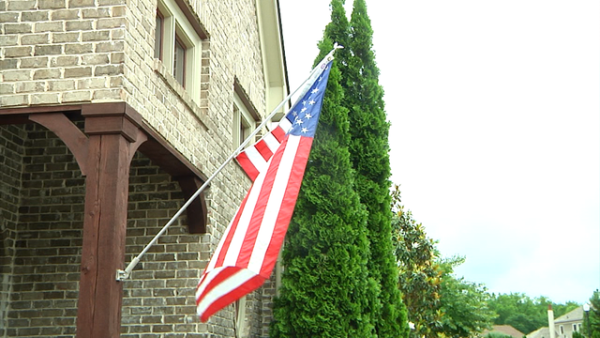 A homeowner association in Georgia is under fire this week after telling residents they can only display the American flag in their yards 23 days a year — and one U.S. Navy veteran is simply not having it.

The limit was imposed on the Village at Towne Lake community in order to “maintain the aesthetic and architectural theme of the community,” according to a recent email residents received from the homeowner’s association.

“They are giving us 23 days to display it,” Wilder toldFoxNews. “Now we won't be able to even put it in the ground. It has to be in a flag holder attached to our houses.”

“To me, you're basically saying it's a Christmas decoration,” said Pete Rockett, another veteran who lives in the neighborhood. “I don't think I would be able to look at myself in the mirror.”

According to the email, the homeowner association designated specific holidays, such as Memorial Day and Flag Day, as dates when residents allowed to fly flags. However, there seems to be little logic to how these dates were determined. For instance, Mother’s Day is on the list, but not Father’s Day.

When Wilder was asked by reporters if he plans on taking down the flag in accordance with the neighborhood guidelines, he responded flatly and like a boss: “When I’m dead.”

Luckily, these veterans and their neighbors most likely won’t have to remove their flags.The Freedom to Display the American Flag Act of 2005 deems it illegal for a homeowner’s association to restrict residents from displaying a U.S. flag.

It’s only a matter of time before the Village at Towne Lake homeowner association figures that out. And from the looks of it, their veteran neighbors are more than happy to help remind them.