An Army Captain Shares A Lesson In Humility Of Command 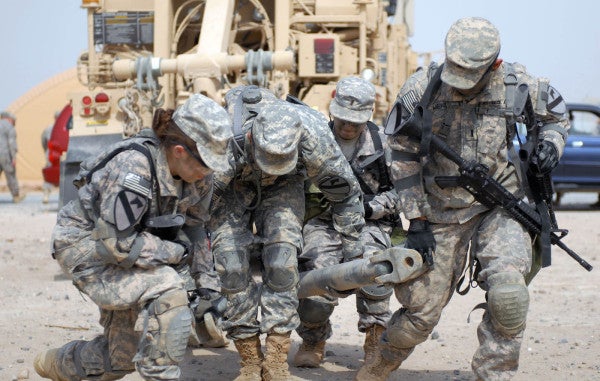 Reading a post on The Military Leader one day, a question reminded me of a critical leadership lesson I learned from my time in command. It read, “When was the last time you heard a unit commander ask for feedback, consider the input, publicly admit he’s wrong, and change his opinion?”

Given that I have a vivid example of being humbled while in command, I felt compelled to share my story.

As the new commander of a military intelligence company, I determined to change the culture within my organization. In my estimation, the unit needed to shift more to mental and physical toughness, and move on from a year of reset. To do this, I placed heavy emphasis on soldiering first, and being an intelligence professional second.

One of the first actions I took to shake things up was a plan to “smoke” the unit during a company run. I told the platoon leaders and platoon sergeants that I would be implementing a physical training policy for individuals who fell out of any unit run. Those individuals would be put into the remedial PT program until they completed the same echelon run. I instructed the leaders to pass the word and emphasize the impact of falling out of a battalion or brigade run.

When the big day finally came, I took the company down Battalion Avenue for our first run together. We ran the first mile in seven minutes, and then slowed the run down to allow everyone to catch up. As I looked back on the formation, I saw the majority of the formation struggling to keep up, but was pleased that everyone was still pushing.

At the conclusion of the run, I addressed the company. I told them how proud I was that no one quit, and re-emphasized my policy on falling out of runs. I spoke of the importance of physical and mental toughness, and challenged the view that military intelligence professionals needed to be technically proficient more than they needed to be physically tough.

At this point I incorrectly assumed that I had successfully set a new standard for the unit, and that I had adequately articulated my intent. This could not have been further from the truth, and it would be another month before I realized how much disconnect existed between the message I sent, and the one my subordinates received.

The next month, I scheduled another company run and planned to finish it with a surprise team-building event. I ran the first mile at a seven-minute pace, and then slowed down for the last mile. I ended the PT session with the game of ultimate frisbee, with me on the losing team and my soldiers seemingly in high spirits after the short run and impromptu sports PT session.

I believed all was right with the world, and it was not until I released the company that I noticed a talented platoon leader visibly upset. I asked her if everything was okay, and thankfully she had the courage to answer.

The platoon leader asked me if my intent that morning was “to humiliate every female leader in the company?” I was floored. She then pointed out that every female officer and noncommissioned officer in the company fell back during the run, and according to my stated policy, would now be part of the remedial PT program. I realized in that moment I had done a very poor job of articulating my standards to the company.

For me, falling back did not equate to falling out. I wanted to push the soldiers in the company to dig deep, fight through discomfort, and not give in when pushed to their limits. However, I realized I had never clearly expressed this to my subordinates.

I explained this to the platoon leader, but immediately realized it was not enough. I gathered all the female leaders later that morning and apologized to them for my carelessness and shortsightedness. I followed this up during the closeout formation by clearly explaining my intent and end state to the company, and formally apologized to those who I had set up for failure by running at that pace.

This incident revealed three crucial lessons that changed my leadership:

I never intended to embarrass soldiers with these runs. Instead I sought to put them in situations where they could test their limits. From my perspective, running a seven-minute mile was not the hardest sacrifice I would ask of them. Deploying to Afghanistan, leaving their families, and placing themselves in harm’s way would be much harder.

This event was a defining moment of command. Receiving frank and candid feedback can be difficult for commanders, and I am truly grateful that a platoon leader had the courage to call me out. Had she not, I would have remained blind to a problem that was entirely of my own creation.