As Army Slims Down, So Must Its Soldiers

It’s no secret that America has a major problem with obesity with rates more than doubled since 1980. The U.S.... 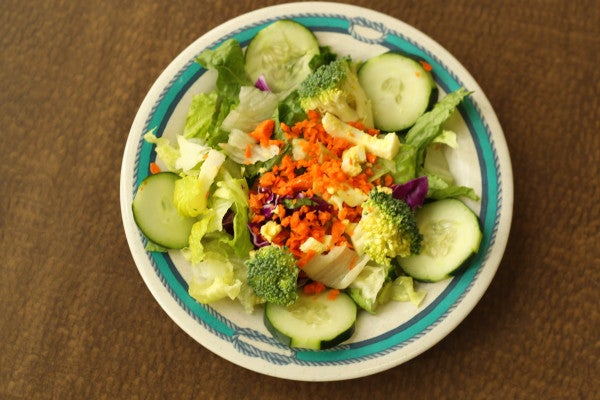 It’s no secret that America has a major problem with obesity with rates more than doubled since 1980.

The U.S. military is hardly immune to this epidemic. According to U.S. Army Recruiting Command, one in seven Americans between the ages of 17-24 is too obese to even show up to basic training, even considering the substantial weight loss most recruits will undergo during over the course of a few weeks.

Moreover, as the Army thins its ranks — shedding over 100,000 soldiers over the course of a few years — commanders have become far more aggressive when it comes to enforcing body fat and physical fitness standards. The number of soldiers separated, per capita, for obesity and physical fitness test standards has skyrocketed nearly 20 times compared to its lowest point in 2007, when the Army needed troops and was willing to turn a blind eye to a few extra pounds. In fact, obesity is the number one cause of “involuntary separation” from the service. Therefore, it’s more important now more than ever for soldiers to develop healthy habits.

Unfortunately, the military lifestyle doesn’t always allow for healthy eating. Soldiers work long, and often irregular hours, which makes it difficult to eat regular, healthy meals at the dining facility. Even then, many dining facilities are loaded with greasy meals and desserts. Compounding the problem are the dozens of fast-food eateries located on most installations, not to mention convenience stores stocked with loads of snack foods.

In response, the Pentagon recently commissioned the Healthy Base Initiative. Citing alarming health care costs — over $3 billion related to tobacco alone — the HBI is a comprehensive effort to promote healthy lifestyles among service members and their family members by encouraging outdoor activities, as well as classes in shopping for and preparing healthier meals.

But efforts to coerce soldiers to lead healthier lifestyles may be deeply unpopular among the ranks. Not to mention, pork-barrel politics can always raise its ugly head, as it did in April when over a dozen congressmen — most from tobacco-producing states — voiced their concern over Hagel’s plan to ban tobacco sales on military installations.

For now, though, the DoD will have to rely on persuasive measures to curb the mounting costs of unhealthy lifestyles. And, with an Army that’s overzealously enforcing physical fitness standards, that might be all the persuasion soldiers need.