The U.S. Army has authorized two new uniform changes for both male and female soldiers effective immediately, according to separatememos issued … Continued 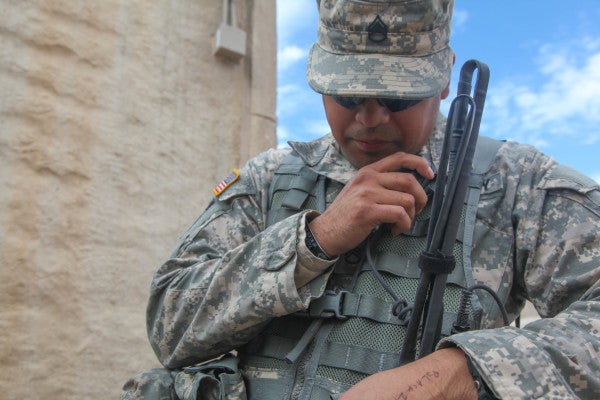 The U.S. Army has authorized two new uniform changes for both male and female soldiers effective immediately, according to separatememos issued by Deputy Chief of Staff Lt. Gen. James McConville.

According to a May 15 memo from McConville, soldiers are still limited to two total badges on the ACU. We get it: Symmetry is important.

In a separate memo dated May 8, female soldiers are authorized to eschew the traditional knee-length skirt and wear slacks or a skirt with their Army Service Uniform during social occasions.

Time will tell if the Army will move forward with the next frontier in gender integration: nail polish.

“I'm having trouble getting a consensus on it,” Sgt. Maj. of the Army Dan Dailey told Army Times, adding that it “shouldn't be a problem” in the future.