Basing Soldiers In Europe And South Korea Would Be Cheaper Than Rotations, New Report Says

The downsizing of the Army overseas has cost more money than expected because of a reliance on expensive rotational forces... 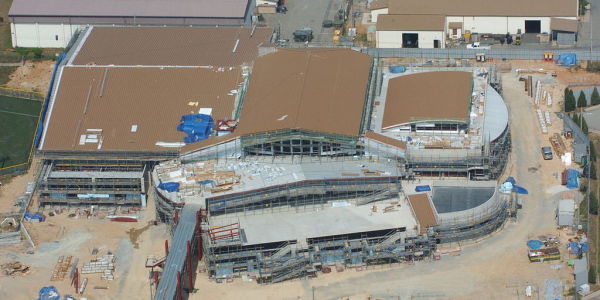 The downsizing of the Army overseas has cost more money than expected because of a reliance on expensive rotational forces when forward-based units can perform the same roles more cheaply, according to a new U.S. Army War College report.

An examination of the costs of troop rotations during the past several years in Europe and South Korea undermines a decade-old Defense Department argument that shuttling units back and forth from the United States is a more efficient way of doing business than basing them overseas, said report author John R. Deni, a War College professor.

There also is evidence that the long rotations are taking a toll on troop morale, with units deployed to Europe and South Korea showing lower re-enlistment rates than their counterparts, the report found.

Deni, whose findings were the subject of a panel discussion Wednesday at the Atlantic Council in Washington, said the Army should base one additional armored brigade in Europe and one in South Korea along with aviation assets and enablers.

“We’ve got some actual hard data now,” he said. “There seems to be universal agreement that the rotational modal has cost us more than it would to forward station an .”

Basing brigades in Europe and South Korea would be cheaper over time, serve as a stronger demonstration of commitment to allies in the respective regions and address morale concerns, said the report titled “Rotational Deployments vs. Forward Stationing.”

For armored brigades, it costs about $135 million more annually to maintain a continuous presence of soldiers on rotation from the United States to Europe, according to the study, which compared the costs of sending a Fort Hood, Texas-based brigade to Europe versus stationing one in Germany.

The report, to be released in July, makes an argument that runs counter to conventional wisdom regarding the costs of force structure overseas.

In Europe, the persistence of a large post-Cold War military presence has long been a matter of political debate. Some studies make the case that frequent permanent changes of station, higher housing costs and running schools for military dependents make overseas units more expensive.

Deni argues what has been overlooked is the costs of moving an armored brigade and its equipment back and forth on missions. A higher operational tempo while on rotation also adds on costs along with incentive pay and pre-deployment training that are not incurred by a unit stationed overseas.

A U.S.-based armored brigade rotating to Europe costs about $1.19 billion compared with $1.05 billion to position that brigade in Germany, the report stated.

Relocating an armored brigade to Europe would come with a steep initial investment. As U.S. Army Europe’s footprint on the Continent has shrunk, so has space to house a heavy brigade. The German towns of Baumholder and Granfenwoehr are the cheapest candidates for a base, costing less than $300 million in start-up costs that include new construction. The initial investment would be paid off in less than three years because of cheaper operations costs, the report stated.

Moving a brigade to Poland would cost about $600 million upfront, an option Deni favors as the United States seeks to bolster its presence in a region nervous about a more aggressive Russia. Given Warsaw’s stated desire for a permanent U.S. troop presence, Poland could be more inclined to shoulder more of the fiscal burden than Germany, the report stated.

“Basing at least some of this in Poland would have a stronger impact on assurance and deterrence,” Deni said.

Already, U.S. Army Europe has begun scouting potential locations for the possibility that the Pentagon will decide to return more forces to Europe. However, Poland is not among the destinations being considered by U.S. Army Europe, which has cited a NATO agreement with Russia that limits large numbers of permanent forces in old Warsaw Pact states as a reason.

In South Korea, Camp Humphreys would be the destination for a stationed brigade, where normalized accompanied tours also would reduce personnel turnover, the report stated.

During the administration of former President George W. Bush, the Pentagon made a case for a military force that was more U.S.-based. In Europe, it envisioned a bare-bones presence, with a reliance on rotational troops to carry out missions at training grounds in Romania and elsewhere.

Those plans resulted in the shuttering of waves of units or returning them back to the United States, including Army brigades. In 2012, former President Barack Obama continued with those efforts, ordering the return of two of four remaining Army brigades in Europe.

“It was really the Defense Department of Donald Rumsfeld that issued a dramatic quickening of that (post-Cold War) drawdown,” which continued through the Obama administration, Deni said.

Today, about 91 percent of the Army is stationed in the United States compared to about 78 percent a few years ago. That move coincided with calls from lawmakers in Congress who frequently argued the cuts didn’t go far enough and more troops should come home.

Russia’s 2014 intervention in Ukraine altered perceptions in Washington, and calls from Capitol Hill to bring troops home effectively ended. And rotations to Europe began to surge, as did costs.

Beyond costs, Deni argues long rotations in Europe and South Korea — the duration of a combat tour, which lasts roughly nine months, and without the prestige of getting a combat patch at the end of it — could be damaging to morale.

If a larger Army presence can’t be established in Poland or Germany, the military should consider reducing the scale of its year-round rotations.

There isn’t enough data yet to make a direct correlation, but it appears soldiers are “dissatisfied” with the rotations, Deni said.

“We’ve gotten out of balance and we need to adjust that,” he said.