After His Brother’s Tragic Death, This Vet Pledged His Life To The Air Force

On a quiet stage in New York City, Air Force veteran Ed “Chub” Woodward weeps as he tells the gut-wrenching... 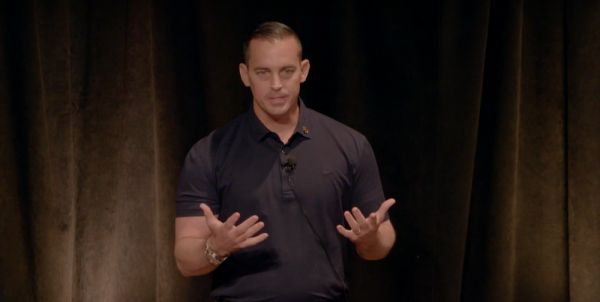 On a quiet stage in New York City, Air Force veteran Ed “Chub” Woodward weeps as he tells the gut-wrenching story of how his twin brother was killed by a drunk driver on June 3, 2000.

“That day I promised him that I would live for both of us,” Woodward says, fighting back tears.

Woodward went on to join the U.S. Air Force as a flight navigator in support of Operation Northern Watch, Operation Noble Eagle, Operation Enduring Freedom, and Operation Iraqi Freedom. During his training to become a F-15C Eagle pilot, Woodward suffered a traumatic brain injury that ultimately terminated his career. However, he wouldn’t let the end of his military service stop him from serving a greater cause. Woodward earned his master’s degree in medical science and is now studying to become a doctor.

Woodward’s story is one of many told during Got Your 6’s fourth annual Storytellers event in New York City on Oct. 26. The events celebrate the accomplishments and inspirational stories of our nation’s veterans, empowering individuals to share their personal stories of struggle, sacrifice, and growth. In addition to New York, Storytellers will be held in Los Angeles at the Television Academy’s Saban Media Center on Nov. 1 and in Washington, D.C., Nov. 10 at Discovery Communications.

For more information and to register, visit gotyour6.org/storytellers.