‘They Called Me Doc’: The Newest Medal Of Honor Recipient Tells His Story Of Heroism In Vietnam

In May 1969, Spc. James McCloughan survived a 48-hour massacre — and never stopped fighting to save 10 members of … Continued 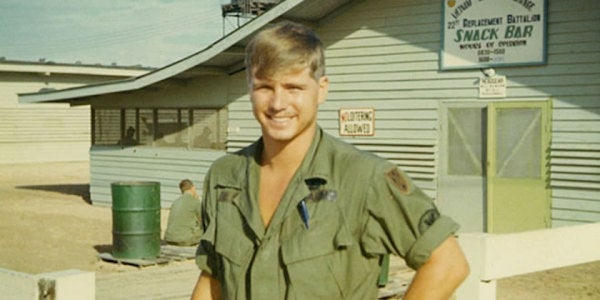 In May 1969, Spc. James McCloughan survived a 48-hour massacre — and never stopped fighting to save 10 members of his unit.

It’s been nearly 50 years since McCloughan, an Army medic who served with Charlie Company, 3rd Battalion, 21st Infantry Regiment during the Vietnam War, and President Donald Trump on July 31 presented him with the military’s most prestigious award: The Medal of Honor.

“They called me ‘Doc,’ McCloughan said in a short Army video released in conjunction with the award ceremony. “It’s probably one of the best titles I’ve ever had.”

On the morning of May 12, 1969, four members of McCloughan’s unit were killed and 24 wounded after an ambush on base, and the medic spent most of that morning doing the best he could to patch them up before a medevac could carry them to safety. The very next day, Charlie Company was sent to Nui Yon Hill for what would become the most harrowing experience of their lives.

“It was a hot LZ,” McCloughan said. “The minute we got there, we were fired upon.”

Multiple times, McCloughan ran into the line of enemy fire, trying to lead his men to safety. At one point, when ammo and equipment were low, he even offered to hold a blinking light in an open area so a resupply helicopter could make a drop.

Through two days of heavy fire, McCloughan kept 10 men alive, including two who were critically wounded, until they were evacuated on May 15. The Army determined after that the battle reduced McCloughan’s company to just 32 men with 1,500 North Vietnamese Army and 700 Vietcong surrounding them.

When the medevac came for the wounded, McCloughan refused to be evacuated.

“I said, ‘you’re gonna need me,” McCloughan added. And he was right. Pfc. Dan Shea, the only other medic in the unit, was killed in the same firefight.

Despite being injured three times by shrapnel, McCloughan managed to make it out of Nui Yon Hill and a number of other missions in Vietnam alive. He spent five more months on tour. Now, at 71, he is a retired teacher living in Michigan.

Task & Purpose previously reported that McCloughan’s old platoon leader, Randy Clark, worked tirelessly to ensure that he was awarded the nation’s highest award for combat valor, making him the second medic in that unit to receive it. During the same battle, Shea was killed while carrying a wounded soldier to safety and was posthumously awarded the Medal of Honor in 1971.

“I bargained with [God] that if he allowed me to live I’d become the best coach and teacher and dad that I could be,” McCloughan told the Army. “ I also promised that I’d hug my dad and tell him I love him.”