From Combat To Conquest: 8 Vets Who Crushed The World’s Highest Peaks

Every year, around 800 people try to climb Mount Everest. And nearly 25,000 attempt Mount Kilimanjaro, while thousands of others... 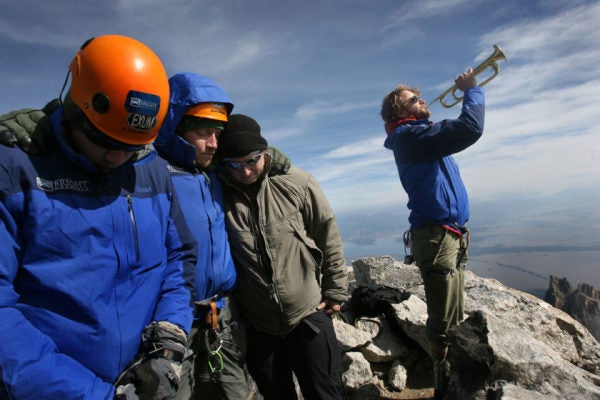 Every year, around 800 people try to climb Mount Everest. And nearly 25,000 attempt Mount Kilimanjaro, while thousands of others seek glory atop mounts McKinley, Lobuche, Aconcagua, and Denali in epic feats of man versus mountain.

Recently, however, those numbers have begun to include U.S. military veteran climbers, who summit these incredible peaks to honor those that gave the ultimate sacrifice, or to prove that even combat injuries like loss of limb can’t keep them down.

Sgt. Julian Torres was in Afghanistan on July 15, 2010, when an improvised explosive device detonated below him and cost him both legs. He had them replaced with prosthetics, and learned to walk again. After hearing about a friend, also a double amputee, who climbed Mount Kilimanjaro, Torres decided he wanted to also. Through the Heroes Project, Julian was able to reach the top of Mount Kilimanjaro on Nov. 11, 2015 — Veterans Day.

Staff Sgt. Charlie Linville was defusing bombs in Afghanistan in 2011 when an improvised explosive device cost him his right leg below the knee. On a prosthetic leg, and with the help of the Heroes Project — a non-profit organization that helps wounded veterans reach summits — Linville climbed Mount Everest on May 19, 2016. While other amputees have reached the 29,029-foot summit before, he is the first combat amputee to make it to the top.

Staff Sgt. Chad Jukes lost part of his right leg after a roadside bomb explosion in Iraq in 2006. He underwent a series of surgeries to save the leg; however, they were unsuccessful and the limb was amputated below his knee in 2013. He paired up with active-duty service members 2nd Lt. Harold Earls and Capt. Elyse Ping Medvigy to climb Mount Everest. Jukes attempted the climb in 2014 and 2015, but was unable to finish due to hazardous conditions.

Earls co-founded U.S. Expeditions and Explorations , a nonprofit intended to help veterans through exploration and research. He came up with the idea while he was attending West Point. After graduating in 2015, Earls launched USX in 2015 with an ambitious first expedition — climbing Mount Everest.

A 2012 West Point graduate, Capt. Elyse Ping Medvigy signed on with Earls and Jukes in their quest to conquer Mt. Everest. Along the way, she contracted a nasty intestinal infection, but refused to stop climbing. She suffered three days, but still managed to make it to the top of the peak, making her the first active-duty female soldier to scale Everest. The group made it to the summit on on May 24, 2016. Jukes was surpassed by Charlie Linville as the first combat amputee to complete the summit by only a few days.

In 2007, Pfc. Steve Baskis enlisted to become an Army Green Beret. Eight months into his first deployment, a roadside bomb left Baskis blind, with a fractured nose and skull, severe burns, a severed artery and impaired nerves in his right leg and left arm. With the help of guides, he has climbed mountains all over the world including the Russian Caucasus, Mount Kilimanjaro, Mount Evans, and the Himalayan Mount Lobuche, which is less than nine miles below Mount Everest.

While assigned to 529th military police company, Spc. Bryan Wagner lost a leg to a bomb in Iraq in 2007. Lance Cpl. Nancy Schiliro lost her eye to a mortar attack in 2005 while deployed to Iraq. In 2011, they, along with veterans Ben Lunak, Michael Wilson, partnered up with Wounded Warrior Project and former New England Patriots linebacker Tedy Bruschi, Tennessee Titans coach and former Chicago Bears player Jeff Fisher, and former Philadelphia Eagles and St. Louis Rams player Chad Lewis to scale Mount Kilimanjaro. Though Lunak and Wilson were not able to reach the summit, the rest did, completing the climb on May 18, 2011.