The Dangerous Cultural Divide Within The US Veterans Population 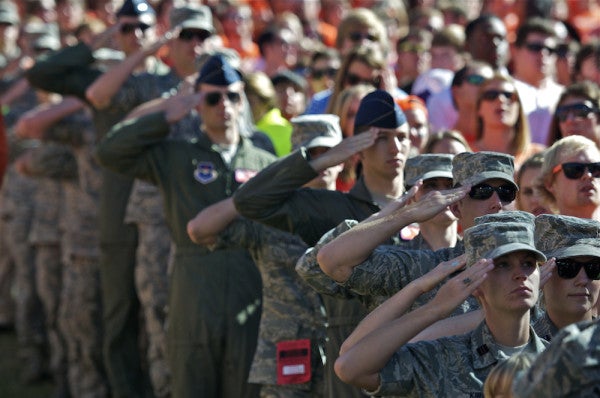 As post-9/11 service members hang up their uniforms, they join a growing community of service members in transition after more than a decade of war. Yet, within this veterans community, there are long-standing gaps between the different generations of veterans who fought in different wars, or served in times of peace. And, unfortunately, a common theme among these generations is the mindset that the previous generation “had it so much harder than today’s military.”

This perception presents a new set of challenges for the veterans of an all-volunteer force. Compounding the issue is the low overall percentage of the population who served in the past decade compared to previous generations. According to Department of Veterans Affairs estimations, veterans aged 20-34 only constitute small percentages of the veteran population in any state, the highest being 17% in Alaska. While these percentages are estimations based on two different data sets, they demonstrate a cultural divide between not only civilian and military populations, but between different populations of veterans. Vietnam veterans represent approximately a third of the veteran population in nearly every state, and constitute the majority of our population density. Vietnam veterans have defended our rights and benefits in many areas, but there remains a struggle between maintaining the rights and benefits of previous generations of veterans, while giving equal consideration to millennials. The generation gap is killing our veteran lobbying efforts as a whole, and if we don’t resolve it, all generations will lose. I witnessed this dynamic at a local level recently, but to think it is an isolated incident would be foolish.

In my homestate of Maine, some veterans are accounted for, but many are not. Almost one in 10 Mainers served in the military, according to the VA, but many more live off the grid or hide in plain sight. Roughly 47% of the veterans in our state are over the age of 65. Only 7% of the population is 20-34.

As the adjutant of my VFW post in Maine, I attended a meeting hosted by the Mid-Coast Veterans Council earlier this month, where the director of Maine’s Bureau of Veterans Services, Peter Ogden, gave a speech to a group of state legislators. Ogden’s office serves as the top veterans’ outreach and advocacy agency in the state.

In this speech, while describing veterans from generations after Vietnam, Ogden referred to these service members as “kids.” The term was used so many times that I lost count. I am convinced this is how he describes us in casual conversation raising the question, who would take the concerns of a bunch of kids seriously?

Ogden discussed outreach problems, even citing a study his office commissioned over a year ago through the University of Maine on how to increase outreach efficacy. The study concluded that the Maine Department of Veterans’ Affairs “principal area of weakness is a lack of communication with the new generation of veterans,” and went on to offer solutions for improving communication. Exactly one year after the publication of this study, Ogden spoke about this problem, saying: “The young kids today come back and we don’t communicate the way they do. I don’t tweet, I don’t Twitter, I don’t do Facebook. I can barely answer my emails.” Ogden also provided many excuses about turnover of staff before saying, “You may not get quick answers back anymore.” Ogden refused to fix these deficiencies saying, “We don’t have time for it.” It seems as of the study’s conclusions had fallen on deaf ears.

While I agree with all of the legislative goals he set, Ogden “forgot” to set any geared toward the post-9/11 veterans. The focal points he presented were on the end of life and dying. During the question period of his presentation, legislators probed into issues they were seeing in the community.

In response, Ogden made it sound like the millennial veterans are to blame for the VA backlog when discussing claims. “In World War II veterans usually filed for one thing. Korea, one or two maybe. Vietnam, two or three issues at most. Today it’s on the average of 12 to 15 issues for the younger kids today,” he said.

One legislator asked what Ogden’s office was doing to reach out to the younger veterans to change that mentality. Ogden replied, “Well I think the kids today are saying you owe it to me, give it to me. If you push a red button and nothing happens, I think that’s the problem. I can tell a World War II guy your claim, it will take a year to do your claim, he will be happy. If I tell a young kid today, uh, I mean why can’t that happen.”

The problem with this mentality is that it dismisses the systemic issues within the VA health care system as status quo, which impact not only service members returning from Iraq and Afghanistan, but also a significant percentage of Vietnam veterans. In 2013, 37% of pending compensation claims were from Vietnam vets. To lay blame on millennial veterans not only demonstrates poor leadership in the face of challenge, but it also does an injustice to the generation of Vietnam veterans who returned home from war and received little transition and health care support, and led to long-term challenges for a significant percentage of its population. It seems the last generation of veterans had to fight so hard for what rights they have now, they are unable to consider the needs of the generations following them.

At one point during this meeting, several young veterans spoke out against Ogden. He smiled and replied, “See, this is part of my problem. I talked about it the last time I said it, I can tell you what I think they need, but I can’t tell you what they think they need. I think if you have heard me talk in the past, I have said that.”

More of us will be listening in the future, Mr. Ogden. Maybe it’s time that you start listening to us.