Why The Enemy Is Good At Innovation

“Narconomics: How to Run a Drug Cartel” is for anyone interested in how to succeed in the illegal drug trade.... 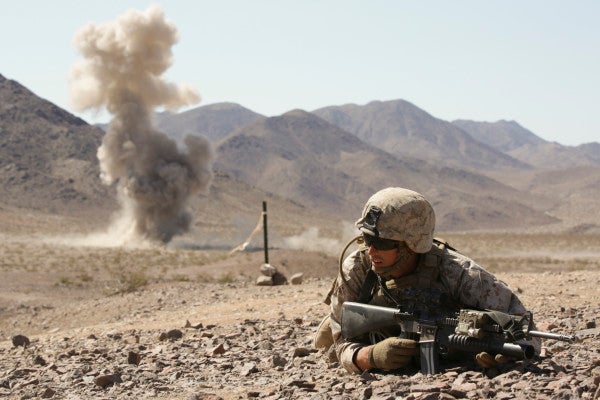 “Narconomics: How to Run a Drug Cartel” is for anyone interested in how to succeed in the illegal drug trade. It’s also for anyone interested in how to run a business. Were it not for the “narco” theme, the book would be a generic management title. Tom Wainwright, the book’s author, finds that drug lords have the same issues as legal business executives: personnel problems, shortages of raw materials, and tense relations with government regulators (perhaps an understatement). The narco business is a business like any other.

Narcos face a requirement common to all 21st century organizations: the need to adapt. Narcos, however, have an advantage when it comes to adaptation. They are better at innovation than the average business. With governments constantly trying to destroy their crops and imprison their workers, a narco’s need to change is constant. In Narconomics,Wainwright writes of government planes flying over acres of coca plants in South America, poisoning them in an attempt to kill the drug before it can reach market. The raids are often successful. Yet, cocaine is still on American streets. In the 1960s, cocaine cost about $100 per kilogram. Today, after decades of inflation, the cost is the same while demand has not significantly changed. Drug lords have learned to produce their product more efficiently over the years.

This is not to praise drug lords, but to point out the key first step in the change process: the motivation to change. Drug lords live in an environment that selects for those who can adapt. Those who can’t adapt, disappear, while those who can, thrive. This creates a cycle in which the least creative side falls behind.

Related: Why military innovation requires rewiring how we think »

The “least creative side” is usually the “good side.” Research into what makes people creative has concluded as much. The tendency in law-abiding organizations is to find a standard operating procedure, stick with it, and resist change as long as the SOP works well enough.

What does this mean for us in the military? In the same way that criminals have to adapt in order to survive, so too do our enemies.

For example, terrorist organizations who have survived the past 15 years are highly adaptable, otherwise they would not be here. In “The Age of Sacred Terror,” Daniel Benjamin and Steven Simon describe al Qaeda as “genuinely creative.” Creativity usually has positive connotations, but it is neither good or bad in itself. Creativity is just the process of generating new ideas and applying those ideas to solve specific problems. Whether creativity is good or bad depends on the problem to which it is directed. Helping a terrorist organization get better at killing requires creativity, but it’s certainly not positive.

Arthur Cropley and James Kaufman, two professors who study creativity, have termed this “malevolent creativity,” and they note that it’s a regularity in times of war. Whenever an enemy faces the choice of destruction or adaptation, they’ll choose to adapt. Malevolent creativity should give military leaders and innovators pause, and then give them a reason to get moving.

Communicating a clear and present need to change is much more difficult for the U.S. military. It owns all the Hellfires, and it controls all the airspace that would be used to employ the Hellfires. While the military is far from perfect, things go well for it most of the time. It’s the best trained, equipped, and supported military in history — why change?

The United States can theorize reasons to change its military. Other powers like Russia and China are catching up, for example. Or terrorist organizations are growing increasingly technological. There’s evidence supporting these arguments. But, a no-bullshit, gut feeling that the system is broken is hard to come by for the military. Its system mostly works.

Not so if you’re an enemy of America. Those terrorists who are still around are, by definition, highly adaptable. There’s no reason to assume that terrorists will get less adaptive — if anything they’ll get better.

“The enemy is innovating and getting better at innovating” should be a regular reminder to U.S. military leaders and innovators. If we’re going to take the fight to the enemy, and there’s no question we will, adapting should be part of our job description. Warfighting is a strength, one of our military’s core competencies. Adapting should also be a core competency.