Medical marijuana is a political issue. It is a legal issue. But most important, it is a health issue that … Continued 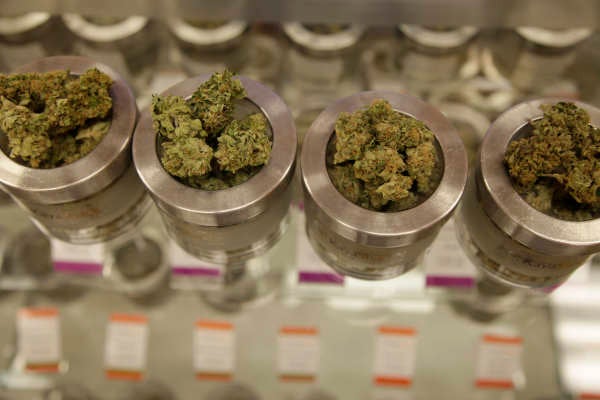 Medical marijuana is a political issue. It is a legal issue. But most important, it is a health issue that is playing an increasingly significant role in the quality of life for Americans, especially veterans.

Let’s start with the facts. There are approximately 2.7 million American veterans of the wars in Iraq and Afghanistan, and according to the Department of Veterans Affairs, upward of 20% of these veterans experience post-traumatic stress or depression. Between 2000 and 2014, over 300,000 service members were diagnosed with a traumatic brain injury. According to a 2014 survey, 40% of the Iraq and Afghanistan Veterans of America’s members “have known at least one Iraq or Afghanistan veteran who has died by suicide, and 31 percent have thought about taking their own life since joining the military.”

Unfortunately, the Veterans Health Administration is neither prepared nor equipped to fully address, prevent, or combat the complexity of veterans’ pain, leaving veterans to cope with the limited and inadequate treatment options provided by the system. Veterans are treated with “cocktails” of prescription drugs, including powerful and addictive opiates that are far more dangerous, and far less effective, than cannabis. The current arrangement is not meeting veterans’ health care needs. Veterans are taking matters into their own hands, and one of the most effective treatment tools they are choosing is medical marijuana.

Today, medical marijuana — also known as cannabis, its scientific name — is legal in 23 states and the District of Columbia. A Harris Poll survey conducted in May found that over 80% of Americans favor general legalization of medical marijuana. Further, medical marijuana is becoming increasingly recognized and touted by both medical experts and policymakers alike as a common sense, safer alternative to existing legal and common treatments. Why then, do our veterans continue to face such significant hurdles to access? Veterans deserve to be openly educated about cannabis and have the ability to legally obtain medical marijuana as a component of care for their enduring physical and psychological health challenges.

Over the past several months, I have talked to countless veterans in personal meetings and in focus groups; they attest to medical marijuana’s efficacy as a treatment. They rail against the drug cocktails and laugh at the notion that those complicated combinations of medicines are considered safer or more effective than medical marijuana.

Yet while there has been a significant shift in perception and laws affecting general access to medical marijuana in recent years, veterans are still waiting for legislative action. Congress can start by passing proposed meaningful legislation, such as the Compassionate Access, Research Expansion and Respect States Act, which would allow VA healthcare providers to openly discuss and recommend medical marijuana for their patients in states where it is legal.

We must also remove barriers to research immediately. The first FDA-approved, randomized, controlled trial on cannabis and post-traumatic stress was scheduled to start this summer, but remains in limbo due to bureaucratic roadblocks, according to the lead researcher. Policymakers are demanding more research, but the agencies they oversee are stalling, creating a seemingly endless loop of shifting of responsibility and blame.

Once those barriers are removed, we can begin to tackle the next round of hurdles that exist for veterans who choose medical marijuana as a component of their care, including cost, employment complications, and recriminations that can lead to the loss of VA and other federal benefits. Eventually, medical marijuana must be legalized under all relevant federal and state laws.

I founded the Veterans Cannabis Project because I believe that the topic deserves focused, comprehensive attention at the national level. Though I am not a medical marijuana patient, I am a veteran who believes that medical marijuana is an important tool for veterans in their medical treatments. I have spent the past year listening to the stories of veterans who convinced me that concerted action is needed now. By investing in education, advocacy and research, and pursuing partnerships with likeminded organizations, I hope to ensure that veterans today and in future generations can improve their quality of life through access to medical marijuana.

Veterans need better and more effective treatments for the visible and invisible wounds they sustained in the line of duty. As veterans seek to make smart and responsible choices about their own treatments, medical marijuana must be a legal option.