We cheered and applauded as the military cargo aircraft touched down in California. As I stepped onto the tarmac, now... 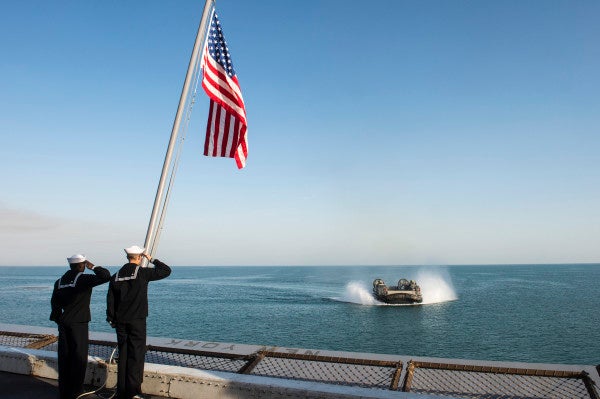 We cheered and applauded as the military cargo aircraft touched down in California. As I stepped onto the tarmac, now safely on American soil, I looked past the flight line to the harbor, and knew something was missing. The anxiety, paranoia, and anger that I had internalized over six months was gone. Half a year earlier, when my deployment flight took off, I’d felt like the bottom was falling out of my emotion. The first sensation upon arriving home in California was the absence of that feeling.

Our small group passed through the empty passenger terminal. My ears were still ringing from the flight. There was no cheering crowd for us, no greeters with painted signs. All of our families were arriving from out of town a few days later, when we were originally scheduled to touch down. Each of us was picked up by a friend, and quietly drove into the weekend, unceremoniously returning to our American lives exactly 180 days after we had left them.

That night, I went to my favorite upscale restaurant and drank wine with a girlfriend whom I’d known since commissioning, filling each other in on the bits of each others’ lives that we’d missed. I woke up at 3 a.m. hungover and jetlagged, and for a split second, wished I was back in Bahrain — my own bed alien to me, one side of it still looking like it had never been slept in.

The following night, a Saturday, I ate in alone, and fell asleep on the couch watching a Timothy Dalton-era Bond movie on Netflix. I had dreamed of a weekend evening such as this for six months. It lived up to my own hype.

On Sunday morning, I wore a brightly colored sundress and strolled around my neighborhood sipping on an overpriced latte from a local Italian-style coffee shop. I walked for the sake of walking. I no longer had to try to keep a low profile — no curfew, no lewd propositions from Saudis who thought everything was for sale, no avoiding areas with IEDs. I could feel safe running in my own neighborhood. I could wear whatever I wanted.

I observed the other passersby, my neighborhood a popular restaurant spot. Everyone is oblivious, I thought.

I had lived in a world of dust, hard edges, and latent fear for six months. Yet here, none could imagine the persistent anxiety that comes with being an unwanted foreigner, and that was at best. That world did not even exist in anyone’s consciousness. It was almost as if I had imagined it.

That was the point. Most people have no idea that there is a need for forces where I had been. I had been so proud of my work for the last six months, and yet on the flight home, it had begun to fade away, even from me.

A former classmate who had been deployed to a different theater at the same time I was started to explain that he hadn’t anticipated needing to readjust to coming home, especially considering that he had also been deployed to what’s referred to as a “permissive” environment — that is, somewhere where nobody is necessarily trying to kill you, you have freedom of movement, and you don’t need to take your weapon around with you, if you ever took it out of the armory to begin with. Neither of us wanted to explain ourselves to anyone, especially our civilian friends. Home did not feel right yet because we hadn’t started over again for long enough.

The first few days I spent stateside were with people who have known me for a long time, through my different costume changes, struggles, and victories. They knew that I had no way to truly paint for them where I had been all this time, but have known me for so long that it didn’t matter. Rather than asking, “What was it like,” a friend asked, “What was one really incredible thing you saw or experienced, unique to this deployment, that will always stay with you?”

I hesitated to answer. There is no way to describe the place, because everything came with a baseline of anxiety, loneliness, and longing. I had seen a lot of ugliness in my travels, a world that was gilded on the surface and corroded beneath. I was back in the California sunshine, but the world I had just returned from still exists and is harshly real for people I care about, some of whom I know I may never speak to or see again.

It’s an answer that will never change. Good luck, guys.