A few months ago, I read Phil Klay’s book, “Redeployment” — a collection of a dozen short stories. One of... 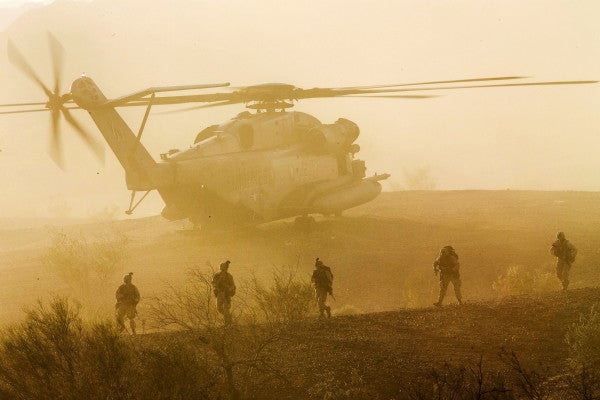 A few months ago, I read Phil Klay’s book, “Redeployment” — a collection of a dozen short stories. One of its unifying themes was that young people, and young men in particular, seek validation through combat. There are myriad consequences to facing combat — some good, and others bad. Others who never face combat, but expected to, are often left with intermingled senses of regret and embarrassment. There’s a selfishness in the sentiment: service is about “We.” Validation, potential regret, and its attendant embarrassment are about “Me.”

Accepting this took some time: it went from a lived reality, to a source of shame, to something I merely acknowledge today as a fact of my life. This simple reckoning has allowed me to recollect my service with straightforwardness, and grow as a person.

While I was still in, other Marines knew the battalion I was in, and they’d know I’d been in Iraq when it was calm, then went on a MEU, then went to Haiti. I’ve seen a lot written about the pressure to get a Combat Action Ribbon — the unofficial sign that you’d really done something while you were deployed. And while I always revered my Marines and senior leaders who had one — perhaps too much so for a time — when I was around other Marines, it didn’t matter too much that I never had one. If new Marines who joined my platoons were skeptical of my leadership because I’d never been in combat, I never felt it, and like to think I eventually gained their trust through competence.

I felt embarrassment most sharply after I’d gotten out. People expected that I’d been in combat, and I thought I would have been, too. I never lied about it, but as a brand new civilian, I’m not proud to admit that I did offer ambiguous responses to questions like “What did you do?” I’d respond with: “I was a Marine, an infantry officer. I was in Iraq.” I’d just let it linger as though I was a salty vet who just stayed mum about the experience because there were some things I just didn’t want to talk about. I’d let people keep their assumptions about what my response meant, as though I might be less of a person if they knew the truth. At a certain point, I flipped entirely. Just about any time I talked about my experience as a Marine, I almost reflexively said — and, sometimes still do say — “Yeah, but I never really did anything. I was never in combat.”

I don’t know what I’m supposed to say when people ask me what I did or where I served. I’ve just settled on being comfortable with some facts about what I did and who I am. I was not in a unit that got shot at. Many others in my line of work were, but I wasn’t. I like to think I would have handled it just as well as all of my buddies, but I actually have no idea.

I got out after four years while the war in Iraq was winding down, and Afghanistan was getting messier. I could have stayed in and sought a unit deploying to Afghanistan, and it’s likely that I would have seen combat. But, I didn’t. So, there’s some arbitrariness, and a little bit of personal choice — even if it was a choice of omission — in the fact that I’m not a combat veteran.

Most importantly, any sense of regret I have for not getting shot at is laden with a deep, perhaps sinful, moral failing. I did three deployments, and there were around 120 Marines in the two platoons I led, none of whom were ever hurt or killed. Given the time I served, and the job I had, that’s nothing but a blessing. If I’d been in combat on any of my deployments, I probably would have been fine — while many officers have been hurt and killed in Iraq and Afghanistan, the brunt of that burden sits with enlisted men. And so, the self-validation I might have gained in combat would have likely come at the cost of my Marines. Shame on me for ever feeling embarrassed.

All that’s proper is to shut up and count my blessings. I’m exceedingly proud that I served. I look back, and though I did nothing heroic, I smile widely, knowing that I loved my Marines deeply. I feel comfortable that my service honored a sacred covenant with them, even if that bond was never faced with nor forged in the ultimate crucible. I’ll never know what sort of growth combat may have led to, but I’m okay with who I am today.

I matured, as I learned practical lessons from dozens of Marines, hundreds of mistakes, and a few major failures. I became a man of deeper integrity, if only from the fortunate contagion of befriending several people of the highest character; and having had a job in my early 20s where living one’s values is the clearest path to success. Because I served, I’m a more complete husband, friend, brother, son, and citizen; and I know I’ll love and guide the child we expect in July more wholly.