Here’s How To Survive City Life As A Veteran

So you've done it. You've done your time and wrapped up your days on active duty. Maybe you're headed to... 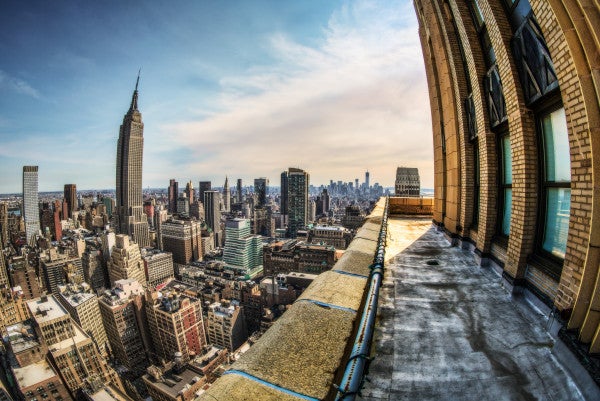 So you've done it. You've done your time and wrapped up your days on active duty. Maybe you're headed to the reserves, maybe you've got some time to kill in the individual ready reserve, or maybe you're one of the lucky/unlucky ones who did enough years on the job to just roll right into civilian life. Whatever path you took, congrats.

So now what? Well, for those of you making the transition from military life to any of the big cities that dot our fair country, I have compiled a guide as important as it is brief to give you the edge to adjust and thrive in your new civilian life among the teeming masses of a metropolis like New York, Chicago, or Sheboygan, Wisconsin.

1. Get your green time: We veterans tend to be outdoorsy types. So while you're probably overjoyed to leave the days of MREs and trying to keep a weapon clean while sitting in a swamp or sandpit, cravings for the wilderness will crop up quickly. Explore the parks in your new city and get a dose of greenery as often as you can. Also check out the National Park Service’s list of 2,000 federal recreation sites free to vets. It will help keep you sane.

2. Don't fear ditching the POV: This is not a “must do” in every city, but, as a New Yorker, I feel I should mention it. Get rid of your privately owned vehicle. Yes, my dear set of wheels was the lifeline to civilization at each of the godforsaken places the government sent me to (deployments notwithstanding). But spending ridiculous amounts of money to compete for the absurdly limited parking space is just not worth it. Oh, and it's not a POV anymore. It's just a car again. Stop talking like that.

3. Eat well: When I was at Fort Sill in Oklahoma, the nicest restaurant in town was the Olive Garden. The nicest. I am a spoiled man in some ways, so I do not miss those days. Good food abounds in the city. Check out websites like TimeOut and Yelp to find the best eats near you. Enjoy it all.

4. Get a normal haircut: Sure, I miss the 30-second neck rub from an elderly Korean woman after my weekly mandatory haircut every Sunday evening for four years. But not enough to counteract how good it feels not to look like a week-old Chia Pet.

5. Learn to get around: Public transportation can be a wonderful thing or the bane of your existence, depending on your attitude, location, and feeling about being underground and seeing hordes of rats frolicking to the sound of a man drumming on a plastic bucket for money. Either way, you should learn the basics of the system in your city so you avoid looking like a tourist. Plus, like it or not, most often the fastest way from point A to point B in a city is via public transportation.

6. Internet dating: If you had qualms about this in the past, get over it. There are a lot of people all around you, many of whom are quite dateable. And you can't possibly meet them all just by bellying up to the nearest bar and talking super loud about how you just want to meet a nice gal/guy that appreciates the original Star Trek series (or whatever your thing is). It doesn’t work like that anymore, if it ever did. It's an easy, straightforward way to find the people you could be compatible with in the midst of the anonymous hordes.

7. Go for the home workout: Going to the gyms on bases was an easy and enjoyable experience. They're usually large, well equipped, and right there. Oh, and most importantly, free. After a few months of walking several blocks every day to a place with 300 elliptical machines and one set of free weights, all for the price of 80ish bucks a month, you'll be ordering up treadmills and adjustable dumbbells online. Do it from the start.

8. Join a veterans’ group: Alternatively, if you prefer to exercise in groups, or are just looking to meet some fellow vets, check out one of the many nonprofit organizations for veterans, such as Team RWB, an organization with chapters all over the country that provides local opportunities for veterans and the community to connect through physical and social activity.

9. Don't get cocky: Yes, you're a badass. We all are, to varying degrees. But just because you know how to jump out of a plane with no parachute, assemble a squad automatic weapon before hitting the ground, run 10 miles, and take out a whole Taliban camp with a knife in your teeth and a freshly saved baby in your arms doesn't mean you won't get overcharged by your cab driver on the way to the airport. You still have stuff to learn.

Paul Mooney served in the Marines from 2008 to 2012, including a deployment to Afghanistan. He is currently working as a writer and producer in New York, and you can read more of his wacky nonsense at BroCastNews.com.