Veterans Day is first and foremost a day to honor the sacrifices of those who’ve defended the nation through military... 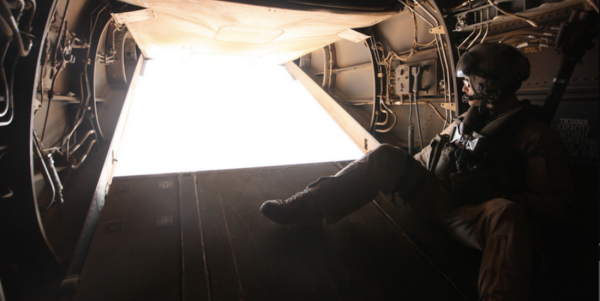 Veterans Day is first and foremost a day to honor the sacrifices of those who’ve defended the nation through military service. This Veterans Day is my first in 20 years that I’m a veteran in the traditional sense of the word and not on active duty. That’s given me a chance to reflect not just on what the military has done for the country, but also for what it has done for me personally.

I’m free to spend this day pretty much incognito in regards to my status as a vet. I no longer have a plethora of mandatory and semi-mandatory events to attend. I’m not one to wear the veterans’ “uniform” of cargo pants and sunglasses, nor a bunch of moto gear or bumper stickers proclaiming “Once a Marine, always a Marine,” or some such.

Nevertheless, no matter how much I try to fly under the radar, the military still comes out. Among fellow veterans, there’s almost an invisible secret handshake. “Were you military? Because I could tell by looking at you,” someone told me upon meeting for the first time at work. Maybe it’s because of my permanent angry scowl, but maybe it’s something else. Whether it’s posture, swagger, or some other X factor, you can take the boy out of the military, but you can’t take the military out of the boy.

Whatever it is, people still see it, even when I’m sporting a few days’ beard and my hair has grown out a bit. I suspect that many vets see the same thing after their discharges.

And those people, almost without fail, pay their respects to that service. From those who haven’t served, invariably there’s a “Thank you for your service,” or even just a “You were in the Marines? Wow. That’s awesome.” If you’re a retiree like me, they’re even more blown away upon finding out you spent 20 years in uniform.

Most vets, myself included, think that we were just doing our jobs. But seeing civilians’ reactions to military service, I’m reminded that the military has us doing extraordinary things so often that they become routine. To a civilian whose most exciting road trip was to the Grand Canyon in a minivan, talk of driving around Afghanistan in an MRAP gets his attention. Among civilians nervous boarding even a commercial airliner, the thought of landing in a remote landing zone via helicopter is nothing short of amazing. That’s not even touching on the more exciting and sometimes scary events of military life.

I think many vets have mixed feelings about the military. Like a dysfunctional relationship, we often hated it at the same time we loved it. From the pain and deprivations come the greatest joys and memories of our lives. The best pastry in the world doesn’t taste half as good as an MRE pound cake in the field.

Like in “Fight Club,” after being the military, the rest of the world has the volume turned down. What’s the worst someone in the civilian world is going to do to me? Shave my head and send me to Afghanistan? Go ahead. Just make sure my pay is tax free.

When I was in the military, I never noticed the changes it made in who I am, because I lived and worked around people who had changed in similar ways. Now that I’m around civilians everyday, I’ve started to see how much of a change the military made on my identity. Even though I’ve turned over the watch to a new generation, for better or worse, that life will always be a part of me.