What Is The Infantry Part III: The Big Bang Theory

Author’s Note: As with Part I and Part II, this has been edited from the original. To read the longer,... 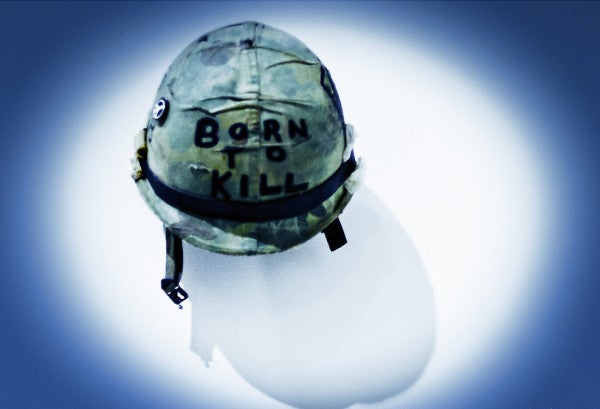 Author’s Note: As with Part I and Part II, this has been edited from the original. To read the longer, less pretty version, click here.

And here we are, the final chapter.

In Part I, I argued that in order to decide whether we want to integrate women into the infantry, it would be helpful to define what the infantry currently “is” and what we want it to be.

In Part II, I explained what I think the infantry is and what I think most people expect it to be, even if they don’t acknowledge it (the “you want me on that wall” argument.)

Here, in Part III, I’m looking for the black magic.

Everything I need to say in this post can be summed up in this scene from “Full Metal Jacket,” a movie I think captures the spirit of infantry life and combat better than any I’ve seen.

The dialogue between Rafter Man and Animal Mother demonstrates the exact dichotomy of the problem. Animal Mother is jaded by war. He’s been in the shit way too long and can’t see anything but the death around him. Living is the ultimate victory, but he’s already dead. Ideology is stripped away. He is a man fighting his own war and he will never win.

Rafter Man on the other hand is green — a combat photographer who is only now seeing war in front of him. He’s full of idealism.

The Marines are standing around two dead comrades, saying their goodbyes when the camera pans to Rafter Man.

Rafter Man: “Well at least they died for a good cause.”

Animal Mother: “What cause was that?”

Animal Mother: “Flush out your headgear, new guy. You think we waste gooks for freedom? This is a slaughter. If I’m gonna get my balls blown off for a word, my word is poontang.”

Joker: “What was the matter with him?”

Cowboy: “He was jerking off ten times a day.”

Cowboy: “Last week he was sent down to Da Nang to see the Navy head shrinker. The crazy fucker starts jerking off in the waiting room. Instant Section Eight. Just waiting for his papers to clear division.”

This conversation has always intrigued me because in it, Animal Mother, who the audience understands to be the guy that “gets” the war on the ground better than anyone else in the squad, essentially says that he’s there for sex. It doesn’t really make sense though, because why go to Vietnam to have sex? Couldn’t he just have sex in America?

Animal Mother describes his entire being sexually. He won’t be killed, he’ll have his “balls blown off.” And if he is going to fight for a word, his word is poontang.

Cowboy interrupts the conversation with a joke, demonstrating the darkness of war and the black humor required to deal with terribly traumatic events. Those jokes will get them through the immediate experience, but if they don’t one day turn to “serious talk,” they will be trapped at that point forever, looking down at two dead Marines.

From William Broyles, who wrote Why Men Love War back in 1984:

For all these reasons, men love war. But these are the easy reasons, the first circle, the ones we can talk about without risk of disapproval, without plunging too far into the truth or ourselves. But there are other, more troubling reasons why men love war. The love of war stems from the union, deep in the core of our being between sex and destruction, beauty and horror, love and death. War may be the only way in which most men touch the mythic domains in our soul. It is, for men, at some terrible level, the closest thing to what childbirth is for women: the initiation into the power of life and death. It is like lifting off the corner of the universe and looking at what’s underneath. To see war is to see into the dark heart of things, that no-man’s-land between life and death, or even beyond.

Most men who have been to war, and most women who have been around it, remember that never in their lives did they have so heightened a sexuality. War is, in short, a turn-on. War cloaks men in a coat that conceals the limits and inadequacies of their separate natures. It gives them all aura, a collective power, an almost animal force. They aren’t just Billy or Johnny or Bobby, they are soldiers! But there’s a price for all that: the agonizing loneliness of war, the way a soldier is cut off from everything that defines him as an individual–he is the true rootless man.

Animal Mother wasn’t in Vietnam for sex as in the actual act of having sex (though, as the rest of the movie depicts, that played its role too). He was there for sex as violence. He probably didn’t go to Vietnam for that. He was probably at one time just as green as Rafter Man. Idealistic and honorable. But war is a terrible thing. It is as William Broyles described it, the union between destruction and sex. It happens to you.

Broyles’ essay captures what I think is the closest that we can ever come to understanding the question he is asking. It is the “big bang theory” of the personal experience of war. It doesn’t explain everything, but it gets us as close as we can without asking God.

Through all the discussions about standards, quotas, pooping in holes in the woods, skeletal frames, carrying heavy bodies under fire and the plethora of other nonsense that gets thrown around when discussing women in the infantry, it is this core, the “dark heart” of war that sits couched behind all of those arguments. It is the inconvenient truth no one wants to talk about. It’s Odysseus at the Sirens, without a rope.