Innovation In The Army, Part II: Innovation As A Military System

Editor’s Note: This three-part series addresses some of the parallels and contrasts between the U.S. Army and the civilian world … Continued 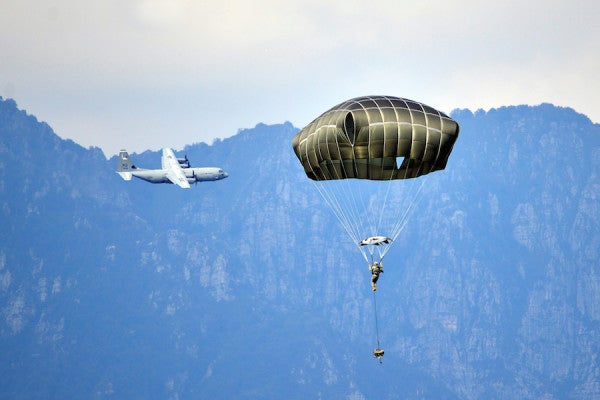 Editor’s Note: This three-part series addresses some of the parallels and contrasts between the U.S. Army and the civilian world in innovation, with the intent of demonstrating that within both arenas innovation plays a key role in responding to and disrupting emerging threat and challenges. Part I can be found here. Part II explores some of the institutional systems and processes for military innovation.

Peter Newell, managing partner at BMNT Partners, notes that when he was assigned as the director of the U.S. Army's Rapid Equipping Force, or REF, an organization that provides disruptive technology solutions to deploying and redeploying troops, he was serving as a brigade commander in southern Iraq. When he received word of his new assignment, he had to Google the organization, which had been specifically formed to bring solutions to commanders in the field.

“Honestly, I was irritated because I missed out on this great stuff ,” says Newell, who further explains that what force offers is not just “stuff,” such as products, but solutions to problems commanders face on the battlefield that include changes in training as well as technology.

Newell's solution was to move the innovation incubator to the “forward edge of the battlefield.” Instead of waiting for commanders to walk into the lab and ask for help, he positioned his people to meet the soldiers coming off patrol and solicit information in order to define the problems that needed solving.

“The real innovation … was in the cultural change that REF undertook,” says Newell, adding that the agency transformed into a “problem-finding organization,” not just another source for products.

The Army, like any organization engaging in constant adaptation, reinvention, and development, requires a vehicle not only to encourage innovation, but also to codify and disseminate those lessons that are learned, often the hard way at the tip of the spear. Most soldiers deploying in the past decade will recognize the ubiquitous handbooks emblazoned with the Center for Army Lessons Learned logo. Each handbook contains knowledge gathered from the field and disseminated to the wider force on a host of topics, from being a member of a provincial reconstruction team to responding to disasters within the continental United States.

The timeline for developing, codifying, and disseminating a solution through a lessons learned product can vary greatly depending on the complexity of the problem, according to Col. Paul Reese, director of CALL, the Center for Army Lessons Learned at Fort Leavenworth, Kansas.

In some instances, the center may immediately push out a “smart card,” followed by a handbook; however, in other circumstances, the solution to the problem may involve writing, testing, evaluating, and publishing new Army doctrine.

When a 2011 spike in insider threats in Iraq and Afghanistan began to threaten the lives of service members, “…within a month of that spike, ASWG [Asymmetric Warfare Group] and CALL produced and rapidly disseminated it out to the force,” explains Reese. The center sent analysis and collection teams to theater, and nine months later, produced and disseminated a handbook addressing the threat.

Like REF, the CALL organization embeds liaisons in theater, according to Reese. The center also uses liaisons within Army schools to facilitate lines communication with the training and doctrine environment, enabling the organization to push and pull information between agencies. It also provides a system of innovation that directly draws solutions from and disseminates them to the force.

Sometimes, a problem occurring at the tactical level will have a tactical-level solution, but wider implications. For example, the threat of improvised explosive devices in Iraq and Afghanistan directly threatened tactical operations, and many of the solutions, such as improved armaments and squad tactical exercise lane training, were devised at the tactical level.

“That tactical event had strategic and institutional consequences across the force,” says Reese.

In both systems described here — an independent team commissioned to identify and solve problems for commanders on the ground and an organization missioned to extract, codify, and disseminate soldier-generated innovation — collaboration and outreach play an integral role in connecting the parts of the system.

“We have a great relationship with our unified action partners,” explains Reese, who noted the center's work with other agencies such as the Federal Emergency Management Agency, the Asymmetric Warfare Group, and the Army's sister services, as well as outreach to foreign friendly militaries. “Reaching out to other armies also very much helps influence how we look at things.”

These collaborations enable a concept, coined by scientist Stuart Kauffman and appropriated by author Steven Johnson, known as the “adjacent possible.” Johnson describes this concept as making unlikely connections across near boundaries to generate new ideas. In a 2010 Wall Street Journal article, Johnson explained the adjacent possible as:

Think of it as a house that magically expands with each door you open. You begin in a room with four doors, each leading to a new room that you haven't visited yet. Once you open one of those doors and stroll into that room, three new doors appear, each leading to a brand-new room that you couldn't have reached from your original starting point. Keep opening new doors and eventually you'll have built a palace.

A military organization that wishes to foster innovation can do so by expanding collaboration across more than one agency, individual, or field of expertise and empowering them to push boundaries and make the connections to solve problems. A Rapid Equipping Force-like agency can bring individuals from multiple fields together and shorten the distance between them and the soldiers on the battlefield.

As with any system of innovation, the Army's systems for fostering the development of solutions and distributing them to the organizations and individuals who would most benefit from them are imperfect. In day-to-day operations, it is easy for a unit to focus solely on the hierarchy of the chain of command, and never reach out across the boundaries of branch, military specialty, or even to the civilian world, for possible solutions.

One obstacle CALL is how it disseminates its information, says Reese. Although the organization does its best to push information to the force as well as pull feedback from units, members of that force must first be aware that the information is available and ready to be incorporated into training and operations.

The transformation of REF from an organization that could get a commander a product — if he or she even knew about it without using Google — was largely driven by Newell's leadership from the top. While there are advantages to this type of personality-driven, top-down innovation, there is no guarantee that a future leader will maintain that change or even the focus on continuing to develop the necessary innovation.

Bureaucratic inertia and outdated systems of research and development are two additional obstacles to systems of innovation in the military. A system of innovation as integral to the armed forces as developing new armaments still gets bogged down in an outdated acquisition and development process, even as the Pentagon releases the third iteration of guidelines in a series designed to bring the process in line with modern flexibility and adaptability in research and development.

The military sector, like the corporate world, both prizes and struggles to understand innovation, in order to create a system and culture that supports it. A good understanding of these systems, however, can enable veterans to both take advantage of their time in service to contribute to a culture of innovation, as well as to position themselves as agents for change when transitioning to the civilian sector.