Innovation In The Army, Part I: It Starts With The Warfighters 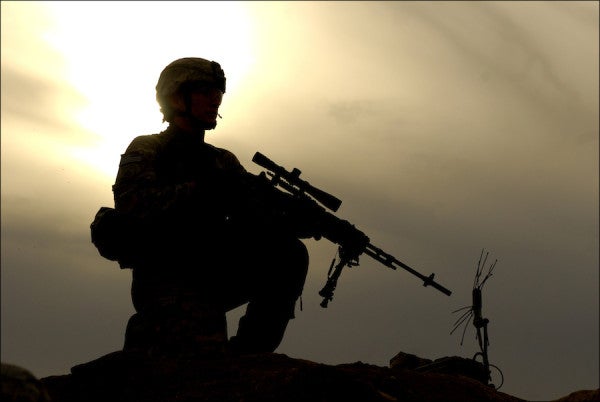 Editor’s Note: This three-part series addresses some of the parallels and contrasts between the U.S. Army and the civilian world in innovation, with the intent of demonstrating that within both arenas innovation plays a key role in responding to and disrupting emerging threat and challenges. This first article addresses how innovation commonly starts on the battlefield, making soldiers inherently innovative employees when they transition out of the military.

One feature of an all-volunteer Army force in the midst of a long-running state of conflict is the steady, if at times variable, flow of veterans taking off their uniforms and entering the civilian workforce.

Many respectable business journals have written of the advantages of hiring veterans, typically citing attributes such as “teamwork” or “leadership.” Others mention the desirability of new hires who, as many veterans are assumed to be, exhibit the traits of being “disciplined,” “hard-working,” and “reliable.”

Career coach Eli Amdur, in his book “It's Not So Far From Here to There,” mentions all of these traits and more including, and perhaps most importantly, the trait of “thinking on your feet.” This trait sounds a lot like one that has received a great deal of attention, both in civilian literature, as well as the military, namely: Innovation.

“Innovation happens in contact,” according to Peter Newell, managing partner at BMNT Partners, a firm that leverages the public, private, and academic sectors to develop unique, innovative solutions. A former Army officer who served as the fourth director of the Army's Rapid Equipping Force, Newell's efforts to develop the force as a system of innovation were profiled in a Stanford Business case study.

“It's a long walk home if you don't fix it yourself,” says Newell, pointing out that innovation occurs when people have to solve problems with limited resources, and many soldiers must do this without a rulebook or any precedent.

This sort of sentiment echoes strongly in the civilian business sector, exemplified by articles such as Business Insider's piece on the urgent need to develop a culture of innovation, or Steven Johnson's book, “Where Good Ideas Come From,” which both investigates the roots of innovation and offers strategies for cultivating it within a business environment.

Even the U.S. Army Center of Military History released “A History of Innovation,” although this work is mainly a series of vignettes regarding disparate case studies such as the development of the bazooka, or the conquering of the hedgerows in Normandy, France.

“Soldiers are incredibly fast learners,” says Col. Paul Reese, director of the Center for Army Lessons Learned at Fort Leavenworth, Kansas. “At their level, they can come up with a solution almost instantly.”

Reese, who previously served with III Corps in Afghanistan, oversees the Army's institutional initiative to collect lessons learned, which typically involves soliciting answers to those on-scene, unforeseen problems, and disseminating them to the rest of the force.

Reese cites recent innovations such as the collection of lessons learned and development and dissemination of doctrine to the force in response to “green-on blue” attacks in Iraq and Afghanistan, as well as the doctrine and armaments that were developed in response to the improvised explosive device threat in those theaters of operation.

Historically, the best innovations have come out of periods of war. When Allied troops pushed past the beaches of Normandy, they then ran up against the obstacle of thick, impassable hedgerows that obscured avenues of approach across the landscape. In “Closing With the Enemy: How GIs Fought the War in Europe, 1944-1945,” historian and former Army officer Michael D. Doubler, highlights an Army that was ill prepared to confront this problem technologically, but well prepared in that the troops comprising the Allied forces were innovative and adaptive, devising solutions to the problem confronting them on the ground.

According to Doubler, troops on the ground shifted tactics and technology to meet the threat of the hedgerows. Welding repurposed metal shaped into shears onto the front of Sherman tanks provided an innovative solution that allowed troops to breach the hedgerows. Troops then devised new methods of communicating in order to facilitate combined arms operations between infantry and armor to successfully defeat the German positions.

While survival situations often inspire innovation, one consensus across the literature of both military and civilian sectors is the need for a system serves as an “innovation incubator.” Whether that incubator is a “network” in which diverse interests find symbiosis, as Johnson posits, or an institutional enabler that elicits best practices on engaging with tribal leaders, as Reese describes, organizations that wish to be disruptive must find a way to foster innovation to prevents problems, not simply reacts to them.

Innovation is 5% having an idea, and 95% blood, sweat, and tears, explains Newell. The hard part is developing or finding a pipeline from idea to finished product.

“An innovative organization has to find and define problems,” according to Newell. The next step is to then develop a pathway from problem to solution to user.

Whether soldiers are engaging problems at the point of conflict and then pushing those lessons learned to an institutional incubator such as the Center for Army Lessons Learned, or identifying problems that are then tackled by an extra-organizational innovator such as the Rapid Equipping Force, innovation is an integral need and feature of the U.S. Army, whose soldiers have been confronted by an ever-adaptive and innovative enemy for the past 13 years of conflict.

An organization that prizes innovation and seeks to hire men and women who can contribute to an existing culture of adaptation and innovation — or build such a culture — would do well to look to veterans. History shows that veterans as hires bring a unique advantage in that they can, indeed, think on their feet.